Matt Corral’s performance in win over No. 13 Arkansas a year in the making 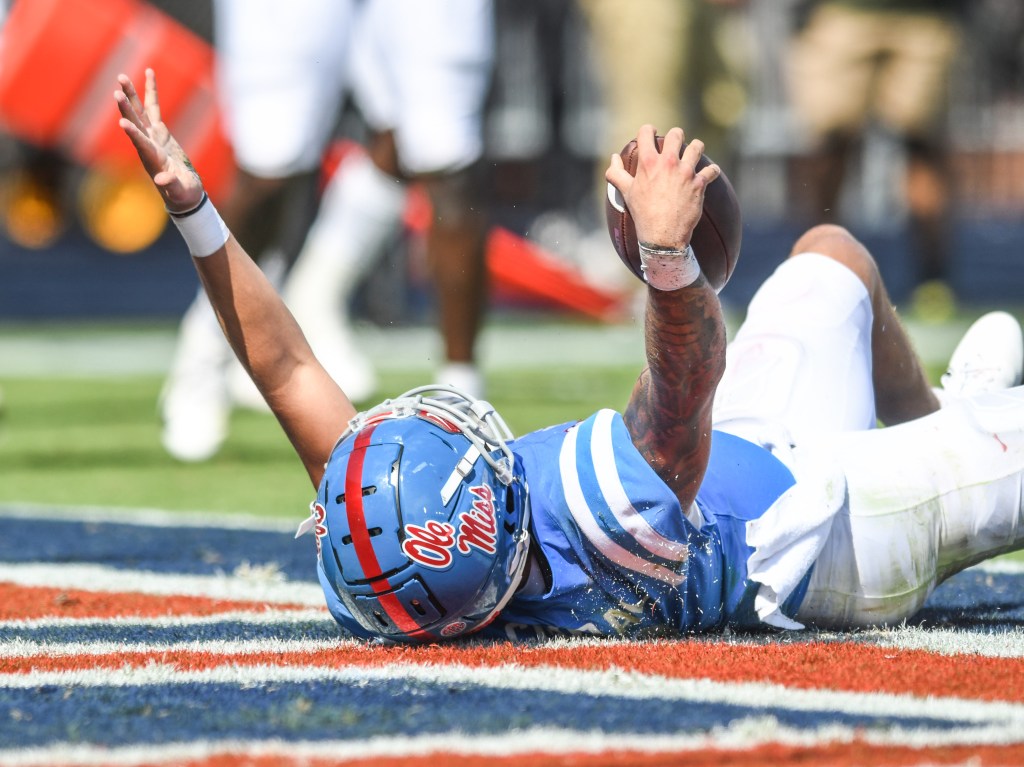 When Lane Kiffin and Matt Corral walked off the field in Fayetteville after their loss to Arkansas last October, the two went to work to make sure the outcome did not repeat itself.

Once back in Oxford, a year-long process started where Kiffin and his staff analyzed and evaluated the game and began preparing for when the two would meet again. That meeting occurred in Oxford on Saturday with No. 17 Ole Miss defeating No. 13 Arkansas 52-51.

“This wasn’t about this week getting ready to play this defense. This was 12 months,” Kiffin said. “When you get embarrassed like we did a year ago, at least me, offensively we’re going to try everything we can to figure out how to beat you. So, that was 12 months of different, unusual run-game planning. … I think that’s why you probably saw so much excitement, (from) myself and him, during the game, because things were hitting that were schematical things that we had worked on and some of it was stuff that had never been run before against them. We just took an offseason to say, ‘Alright, what if we did these things?'”

This week’s game has been discussed long before this week. Corral took more questions about his performance against Arkansas last year during the SEC Media Days in July than he did about the upcoming season.

It was no secret that Corral had one of his worst games in Fayetteville last season, throwing six interceptions to his two touchdowns in the 33-21 loss.  On Saturday, Corral completed 14 of 21 passes for 287 yards two touchdowns and zero interceptions against a Razorback team that was ranked second in passing defense, allowing just 129.9 yards a game.

Corral’s success was part of the 611 total yards of offense the Rebels (4-1, 1-1 SEC) put up against the Arkansas defense in the thrilling win.

After that Arkansas game (last year), everybody did that,” Corral said of preparing for this game. “It was just learning from that game and understanding what kind of defense they run and if there’s an extra hole player, stay away from them. You got all 11 eyes on you so you can’t window shop. That hole player next over is going to pick it off when you try to manipulate the hole player when you got another guy looking at you because you’re just staring at him, trying to move him. It’s just little things like that and understanding the type of look they’re in.”

Corral was expecting to be a big factor in the game plan on the ground and did not expect to finish with as much success through as he did.

“I didn’t expect, honestly, to have any passing touchdowns,” Corral said. “It is what it is. Coach Kiffin said, ‘Drop everybody’s ego.’ He wasn’t just talking to me, but the shoe fits for me on that. Doesn’t matter. We got the win. That’s all that matters. That’s my job.”