Lane Kiffin set for return to Knoxville as No. 13 Ole Miss travels to Tennessee 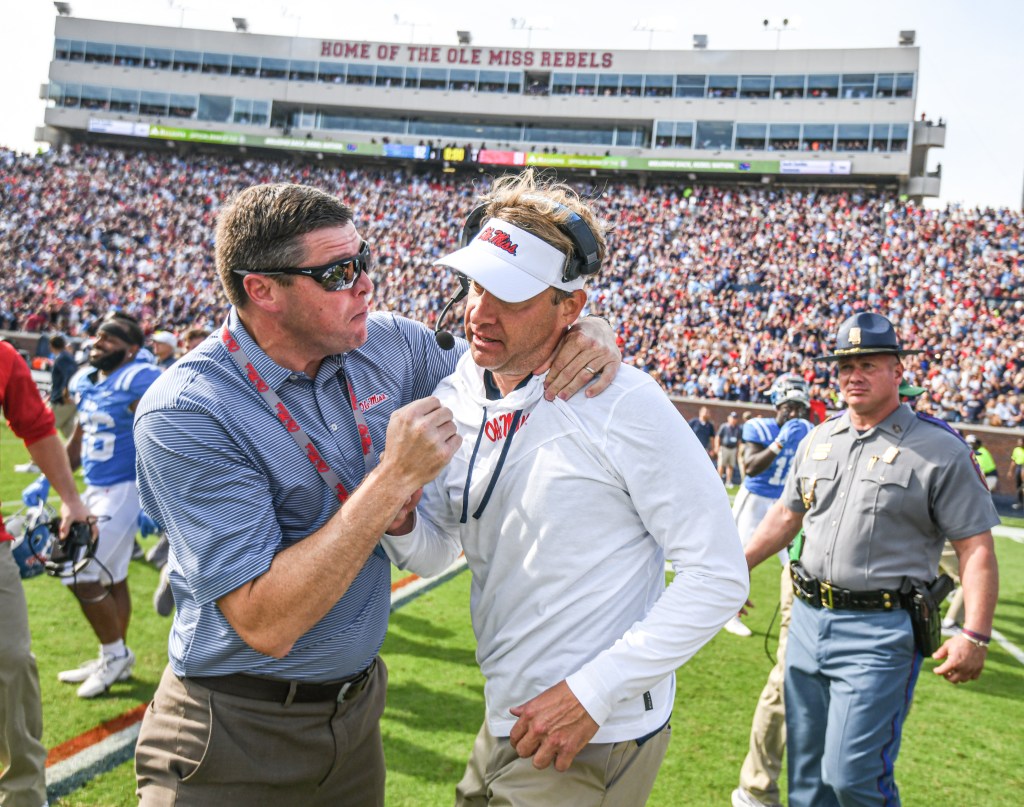 Yes, Lane Kiffin once was the head football coach at Tennessee. No, him returning to Knoxville this weekend is not a major event in his eyes.

Kiffin’s tenure at Tennessee concluded on the night of Jan. 12, 2010 when he announced his resignation as head coach of the Volunteers to accept the same position at the University of Southern California. Kiffin’s time in Knoxville was just over 13 months, but it was his departure that was most memorable.

Students protested, blocking Kiffin’s way out of the Neyland-Thompson Sports Complex. Fans tried to have a Knoxville sewage plant named after Kiffin. It was not the most mutual of separations between a coach, a football program and fan base.

Fast forward more than 12 years and Kiffin is once again returning to Knoxville, but this time as the head coach of No. 13 Ole Miss with a primetime meeting set with Tennessee.

With all of that history preceding, Kiffin’s return on Saturday would bear great importance and a lot of attention. But this is not the first time Kiffin has returned to Neyland Stadium or any other stadium of a football team he was once the head coach.

For Kiffin, it’s just another crucial game against a Southeastern Conference opponent.

“I would think that you would think that,” Kiffin said on Monday when asked if Saturday’s game has any more special meaning to him. “It’d probably normally be the case. But there’s two things here: One, that was a long time ago. Two, we’ve done this thing. Since USC, I’ve gone and played against UCS, played Tennessee, played Alabama. It’s not like, ‘Hey, all of a sudden you’re going back to a place you used to coach.'”

Saturday will mark the third time Kiffin has been on the visiting sideline at Neyland Stadium since leaving in 2009. During his time as the offensive coordinator at Alabama from 2014 to 2016, he visited Knoxville twice with the Crimson Tide.

Despite the shine of a Kiffin return to Knoxville, the second-year Ole Miss coach spoke highly of the former city he once lived in. In fact, the house Kiffin lived in during his time in Knoxville is his favorite, according to him.

“(Knoxville is an) awesome place,” Kiffin said. “I said something in some article last week about houses where we lived and they asked, ‘What was your favorite house and where you lived’ and I said the house in Knoxville. They said why and it was a great house and a great set up with the river, but the people. Really enjoyed the people there, still in contact with a number of them and will see some of them Saturday.”

Kiffin is not expected to visit any of his old haunts during his quick return to Knoxville. Instead, he and his coaching staff will be focusing on their defense having a better performance against the Volunteers than the one they had against Arkansas last week.

Ole Miss (4-1, 1-1 SEC) gave up 676 total yards of offense in their 52-51 win over the Razorbacks. Quarterback K.J. Jefferson threw for 326 yards and three touchdowns while the Arkansas rush attack piled up 350 yards and four touchdowns on the ground.

Kiffin was questioned about the 3-2-6 defense that co-defensive coordinators DJ Durkin and Chris Partridge have installed this year and it’s lack of effectiveness over the past two weeks against Alabama and Arkansas. The idea of changing the scheme was brought up to Kiffin during his Monday press conference.

“Sure, we can do that,” Kiffin said about changing the defense. “You got ten games to watch last year of us doing that. You saw how that worked, but we made a change and that’s a very fair question because when it doesn’t work people dislike fourth downs. We made a change to it, we know it works, we’ve seen it work for us, we’ve seen it work for other people. Arkansas coming in the last week was giving up before us 17 points a game and 270 yards or something. It works when you do it right, we have to get off the field on third down, we have to play more players and we have to tackle. Same as last year we were in a different scheme but if we don’t tackle it don’t matter where people are and that showed up.”