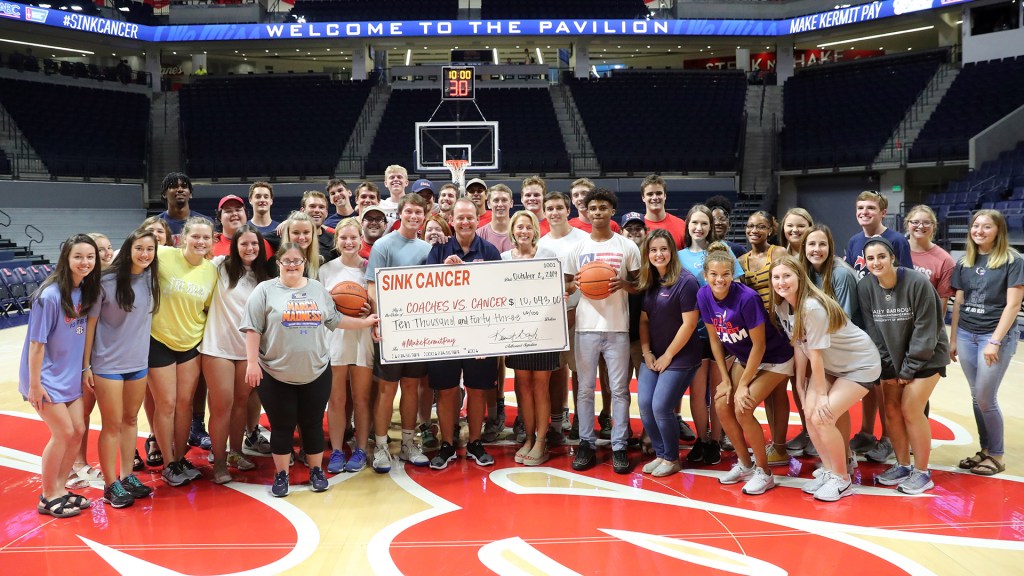 Two years ago, Ole Miss men’s basketball coach Kermit Davis asked students to make him open his wallet in the name of charity. This year, he’s asking the entire City of Oxford.

After a year off due to the COVID-19 pandemic, Davis is bringing back the ‘Make Kermit Pay’ charity event where he will pay for every free throw and half-court shot made. The event, which is part of the Coaches vs. Cancer initiative will take place on Oct. 19 from 4 p.m. to 7 p.m. at the Sandy and John Black Pavilion.

Davis came up with the idea — and borrowed it — after seeing Wisconsin head coach Bo Ryan hold a similar charity event.

“I saw it years back and I thought, ‘That’s such a cool idea,'” Davis said. “(Ryan) did it with the student body and so I stole the idea from coach. Just brought it here two years ago. Last year we wanted to do it but couldn’t because of COVID. Got a late start on it this year because we didn’t know all the ramifications with COVID then we knew everything was going to be set (and) the arena was going to be in full force this year.”

Davis will pay $1 for every person who attends the event. He will then pay $10 for every made free throw and $500 for every made half-court shot. All the money raised will go towards the American Cancer Society.

Starting at 4 p.m., the public can go to the SJB Pavilion and watch the end of the Rebels practice with free drinks and popcorn available. Then from 5 p.m. to 7 p.m. people go onto Craddock Court and put up shots with players helping them.

“Everyody’s been touched (by cancer),” Davis said. “I’ve had two parents recovering. My wife’s lost her father. Great cause and then what a great way to do it, being connected with the student body. Because the student’s are great with all the philanthropy on campus, so asking them to be a part to raise money is kind of a win-win on all fronts.”

The event is first and foremost to raise money for a good cause, but Davis is also wanting to use it as a way to generate excitement for the upcoming season. The court courtside area will be “game ready” with the Club Red student section bleachers pulled out and the bench areas set up how they were for the 2019 season.