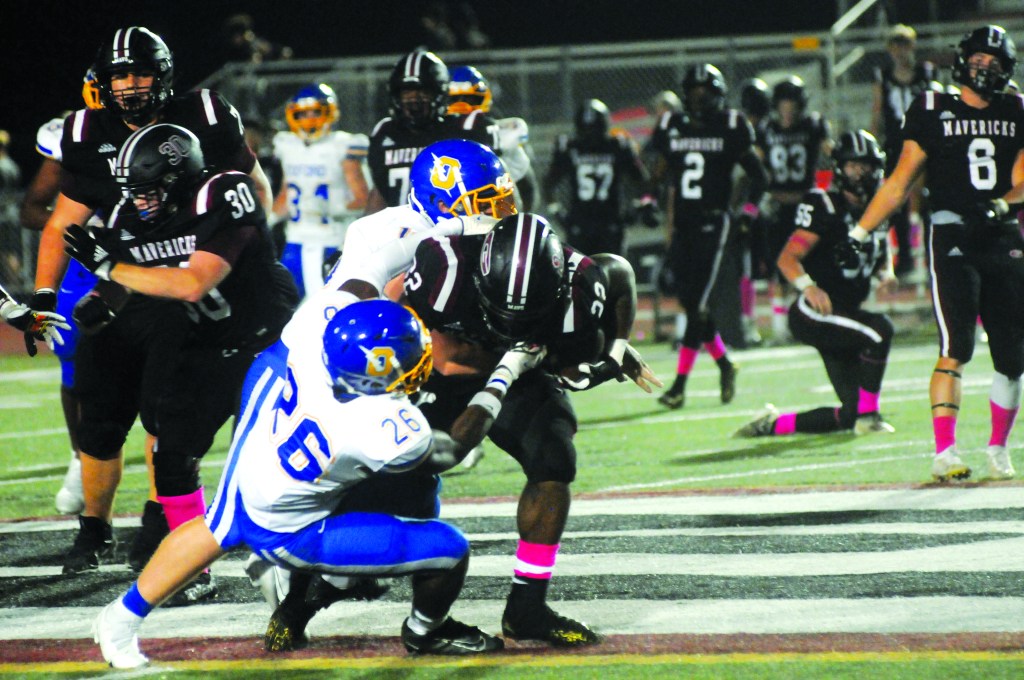 Region play is in full swing after Water Valley opened up their slate last week, marking the final third of the season getting underway.

This week Oxford remains on the road for another lengthy trip back to the metro area while Lafayette stays home and the Blue Devils make their first 1-3A road trip.

Coming off yet another historic comeback in their 37-28 win at Germantown last week to remain undefeated in 2-6A, Oxford (5-2, 3-0 2-6A) continues their three-game road trip with a visit to Clinton this week. The Arrows (2-4, 1-2) are currently riding a two-game losing streak coming off losses at Starkville and then at home to Madison Central last week.

Oxford is currently riding a three-game winning streak after dropping back-to-back non-region games. Last week, the Chargers were down 21-0 late in the second quarter before scoring 34 unanswered points to leave Madison with the win.

Friday’s game is a rematch of last year’s 6A North Half championship where the Chargers rallied back for the 31-27 win to get to their second straight 6A state championship game.

After their loss at West Point nearly three weeks ago, Lafayette has righted the ship and bounced back in Region 1-5A.

The Commodores (5-2, 2-1 1-5A) have won two straight and return home to try and get a third straight win in region play, hosting New Hope. Last week, Lafayette left Columbus with a 21-12 win and handed an improved Falcons program their first loss in 1-5A this season.

New Hope travels to William L. Buford Stadium coming off their first win in region play, shutting out Greenville by a score of 38-0 last Friday. The Trojans (3-2, 1-2) are still looking for their first win over Lafayette since moving into 1-5A in 2019. The Commodores traveled to New Hope last season, beating the Trojans 57-20.

Starting in a new region, Water Valley got off on the right foot in 1-3A on Friday.

The Blue Devils defeated Mantachie 49-14 at Bobby Clark Field for a resounding statement to the rest of the region. The march to the playoffs does not get easier this week as Water Valley (4-2, 1-0 1-3A) travels north to Kossuth (5-2, 2-0).

The Aggies are coming off region wins over Booneville and Alcorn Central, with the most recent being a 35-0 victory against the Bears.

Friday marks the first time the two teams have met in the regular season. The three other previous meetings between the Blue Devils and Aggies have been in the playoffs with Water Valley winning the last two. The most recent was a first round meeting in the 3A playoffs two years ago, which the Blue Devils won 55-12.