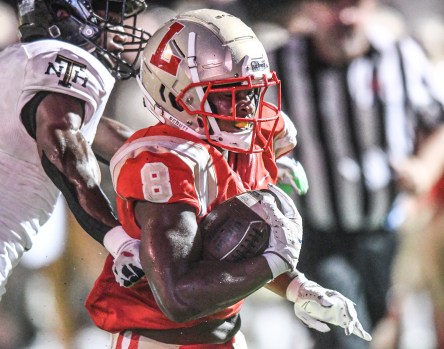 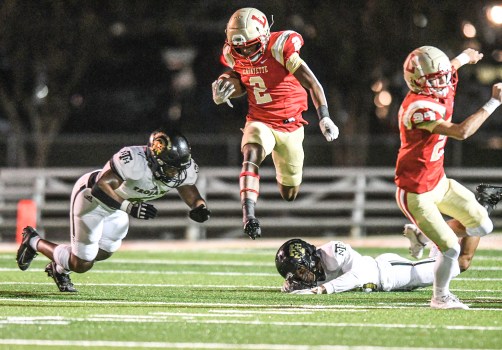 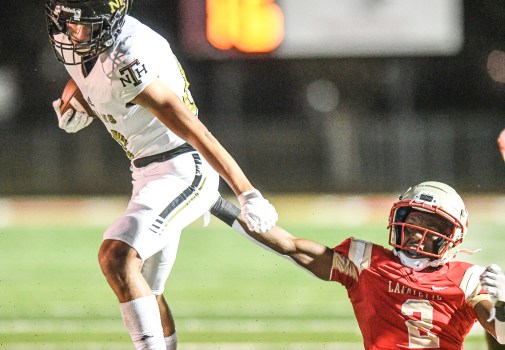 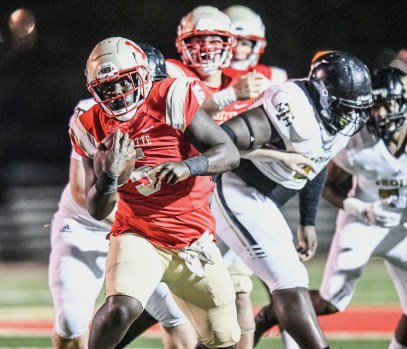 On a night where there was a weird vibe in the air and Mother Nature made an appearance at halftime, Lafayette remained focused and took care of business.

The Commodores routed New Hope 51-0 at William L. Buford Stadium on Friday to keep pace atop Region 1-5A.

Despite potential distractions with the threat of inclement weather approaching pregame and during the first half, Lafayette (6-2, 3-1 1-5A) took advantage of early special teams mistakes by the Trojans as well as relied on their run-heavy offense to dictate pace of play.

“That was impressive. I thought our guys played really hard,” said Lafayette head coach Michael Fair. “Inclement weather coming. We didn’t know exactly what was going to happen. I just told our guys to be prepared for anything, but when they put that football down we’re going to play full speed. Our guys did that tonight.”

The Commodores got the ball first but quickly gave it up off one of their two first half turnovers when quarterback Charlie Fair fumbled the ball inside the Trojan 20 yard-line. Lafayette’s defense held, forcing a New Hope punt which was muffed off a high snap that Slayden Mooneyham recovered for the special teams touchdown.

The Trojans had another special teams gaffe when a snap sailed high on a punt attempt later in the half, resulting in a safety when the punter kicked it out the back of the end zone.

Offense had its share of success as well on the ground. The Commodores had touchdowns come from several different players in the backfield with DJ Burnette, Trikyus Woodall, Kylan Egerson and Dee Gipson all finding the end zone.

Fair also threw for a four-yard touchdown on a 4th and Goal attempt in the final seconds of the first half to make it a 30-0 Commodore lead at the time.

“With the run and we threw some RPOs early in the game before the weather hit. We were able to do that and keep them off-balanced just enough,” Fair said. “That’s fun to watch, because we’ve been practicing these guys all year. … All those guys played tailback tonight and at Lafayette you’re always going to have a few tailbacks so it’s fun to watch them go out there and compete.”

The biggest thing for Lafayette on the night was the play of its defense, shutting out the Trojans for the first time this season. New Hope (3-3, 1-3) got inside the Commodore 10 yard-line once but were kept out of the end zone.

Lafayette’s defense helped the offense out late in the game when Egerson scored off a pick-six.

“Defense flew to the ball just like they always do,” Fair said.

Next up for Lafayette is a trip to Cleveland next Friday for a crucial region game against Cleveland Central.