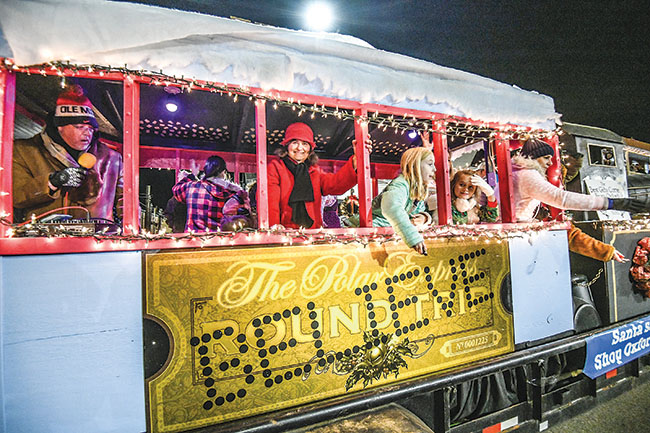 The holiday season in Oxford will have some normalcy this year with the return of the annual Christmas parade.

City officials and parade organizers attempted to have the parade last year, with the the idea of a drive-thru parade where the floats would stay put but people could drive past them in the parking lot of mTrade Park. The parade was ultimately canceled altogether for 2020.

The parade, organized by North Central Mississippi REALTORS and the city, is limiting entries to 80 due to time restraints. Entry fees are being waived this year and applications are available now at the North Central Mississippi REALTORS, City of Oxford and the Oxford & Lafayette County Chamber of Commerce websites. A hard copy of the application is also available at City Hall.

This year’s parade theme is “Christmas Joy” and all entries are encouraged to play Christmas-themed music, but only one Santa is allowed and will be on the final float of the parade.

Applications are due by Nov. 23 and all entries accepted will be required to attend a mandatory pre-parade meeting on Nov. 29 at 6 p.m. at the Oxford Conference Center. Any entry who does not go to the meeting will be pulled from the parade, according to the entry application.

Motorized vehicles not pulling a float are not allowed in this year’s parade, along with horses other than the Oxford Police Department’s Mounted Patrol. Antique cars and trucks for pageant winners are allowed but must have Christmas decorations on them.

If inclement weather forces the parade to be postponed, a makeup date is set for Dec. 7 at the same time.