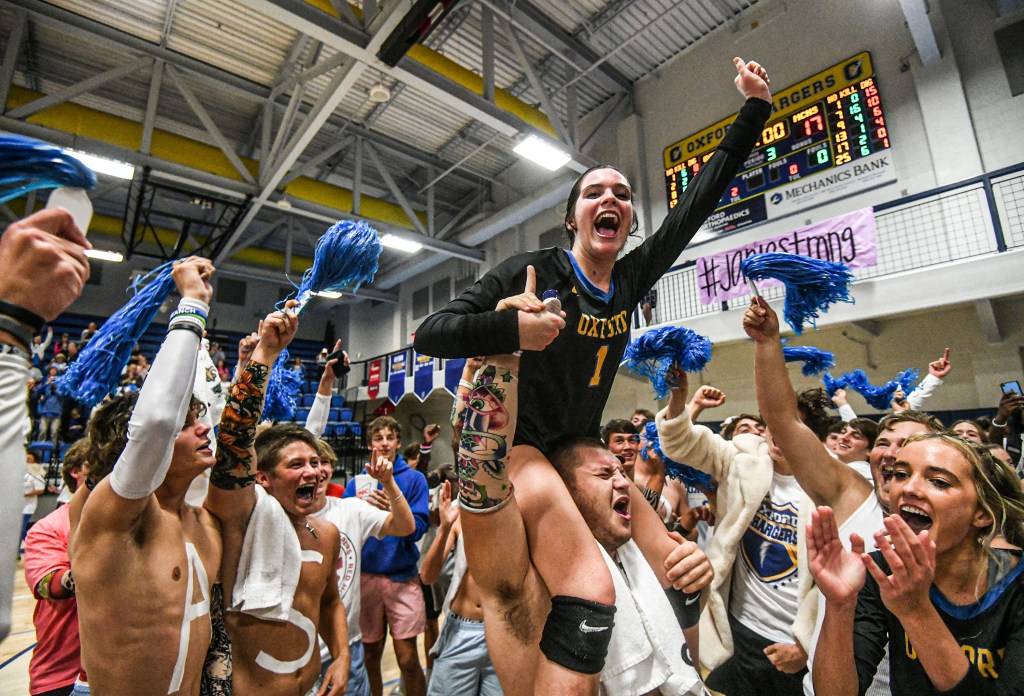 With their backs seemingly against the wall early, the Oxford Lady Chargers volleyball team simply refused to fold.

As a result, they rallied and dominated the rest of the way. In front of a loud Oxford High School gym, the Lady Chargers swept the Madison Central Lady Jaguars 3-0 (25-23, 25-15, 25-17) and will now play for their first state title since 2016 this weekend and their third gold ball in school history.

Oxford may have jumped out to an early lead in the opening set, but the Lady Jaguars feasted off communication mistakes and in the back end as the set went on. The Lady Chargers later trailed 20-15, but a string of plays put them right back in it and finished the job. That momentum wouldn’t slow down as the match went on.

“We knew we had to get this first set under our belts,” OHS head coach Ashley Martin said. “Ainsley (Tacke) served all those points in a row, her leadership was awesome. Everyone bought in. You can see it on the court. There was one point I vividly remember. Claire Wicker got a dig, everyone turned around and was like ‘yes!’ That definitely was a momentum changer in that first set.”

Ainsley Tacke finished with a team high 17 kills and 10 digs while freshman Claire Wicker rose to the occasion in a big way, recording 11 digs in her team’s biggest game of the year. Tacke also recorded her first career double-double in the match.

“She stepped up as a freshman, getting things done,” Martin said. “She asks me really good questions all the time… she constantly wants to be better. It’s really paying off for her.”

After the dramatic opening set, a hot start forced Madison Central to call early timeouts with Oxford later leading 10-3 in the second set. The Lady Jaguars would make things interesting late, but it was far too late as Oxford had a 2-0 set cushion to work with.

“We knew if the first set didn’t go our way, we had to come out so strong in the second set. They came out strong and fought hard in that second set,” Martin said.

The third set would go back-and-forth until the Lady Chargers created a little separation with a 15-9 lead that forced Madison Central to call a timeout. Oxford would not be denied the rest of the way.

The Lady Chargers will face off against south champion Brandon for the MHSAA Class 6A Volleyball Championship. The game will be hosted by Ridgeland High School on Saturday, October 23 at 6 p.m.