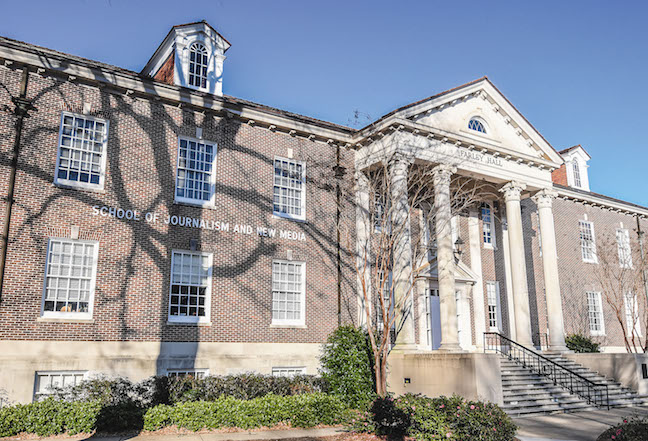 FOX News’ Laura Ingraham sat down with a University of Mississippi professor who claims to be targeted by the “liberal mob” for using politically incorrect terms after being removed from graduate classes in the upcoming spring.

Journalism professor Mark Burson was accused by two students of racism when he used the term “China virus,” alluding to the coronavirus and its origins, in a classroom setting.

Burson said the incident began when Prager U Presenter Will Whitt made a special appearance to speak on campus and Burson held a discussion with Whitt regarding the COVID-19 virus.

Soon, people were made aware of his connection to Prager U and his position as faculty advisor of Turning Point USA, an American nonprofit organization founded by Charlie Kirk and the late Bill Montgomery that advocates for conservative values on high school, college, and university campuses.

After Whitt’s visit, he received an email from the university’s Equal Opportunity and Regulatory Compliance (EORC) office stating that he “ran afoul of the word police” and used a politically incorrect term.

“What’s interesting about that is that I don’t think I ever used the word China virus,” said Burson during the live show at The Pavilion. “I tend to use the term China flu.”

Many notable figures have come under fire for using the term “China virus” and variations there of, most notably former President Donald Trump.

According to a study conducted by the University of California, San Francisco, Trump’s use of the term sparked an increase in Anti-Asian sentiment and racist attitudes that were already apparent that were already high after the onset of COVID-19. Lead researcher Dr. Yulin Hwsen stated the use of racial terms in association with diseases further stigmatizes racial groups.

According to Burson, the term is deemed a racial slur by the EORC and by extension he has been deemed a “racist teacher.” Burson said that using the term is not racist because of the virus’ origins, but the director says Chinese students would have possibly been offended.

“What’s interesting about that is that I’m pretty good at recognizing Chinese students or anybody with Chinese in them because 26 years ago I adopted a little baby that was one-quarter Chinese,” said Burson. “So I know someone from China when I see them and nobody in class is from China.”

Ingraham mentions the use of Middle Eastern Respiratory Syndrome as example of a disease that has not seen as much controversy and pushback for its name, unlike the unofficial term “China virus.” She said Ole Miss is not as conservative as people may think.

“I’m a unicorn in Farley Hall,” said Burson. “I’m a conservative professor and I make no apologies for the worldview that I hold. I believe in the sanctity of life, I believe in the sovereignty of of the individual and I believe that we’re all created equal and in God’s image.”

The University of Mississippi released a statement regarding the situation.

“The University of Mississippi welcomes all viewpoints on our campus, and we do not discriminate on political points of view,” said Jim Zook, Chief Marketing and Communications Officer. “Mr. Burson is scheduled to teach in the spring.”

Burson is only scheduled to teach two undergraduate classes in Spring 2022, which is only half of his original schedule.

Burson will have an upcoming meeting with the Director of the EORC regarding the accusations of racism.