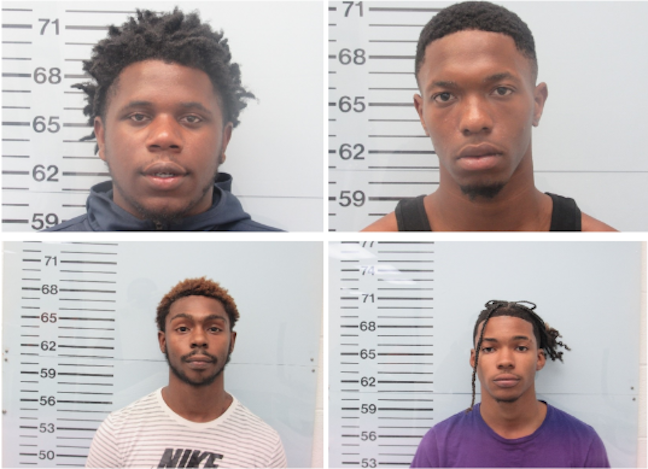 On October 22nd, 2021, at approximately 11:38 PM, the Oxford Police Department began receiving reports of gunshots being fired in the 100 block of Shadow Creek Drive located in The Greens apartment complex.

While officers were en route, they observed a vehicle leaving the area and conducted a traffic stop. Investigators arrived on scene and began interviewing the occupants while additional units began searching for evidence. Officers, along with members of the Lafayette County Metro Narcotics Unit, located a residence in the 100 block of Shadow Creek and determined the occupants of the vehicle, stopped by officers, were present prior to the shooting.

All individuals were taken before a Lafayette County Justice Court judge for their initial appearance so bonds could be set. Brannon received a $50,000 bond, but due to Brannon being out on recent felony charges, his previous bond was revoked by the court.