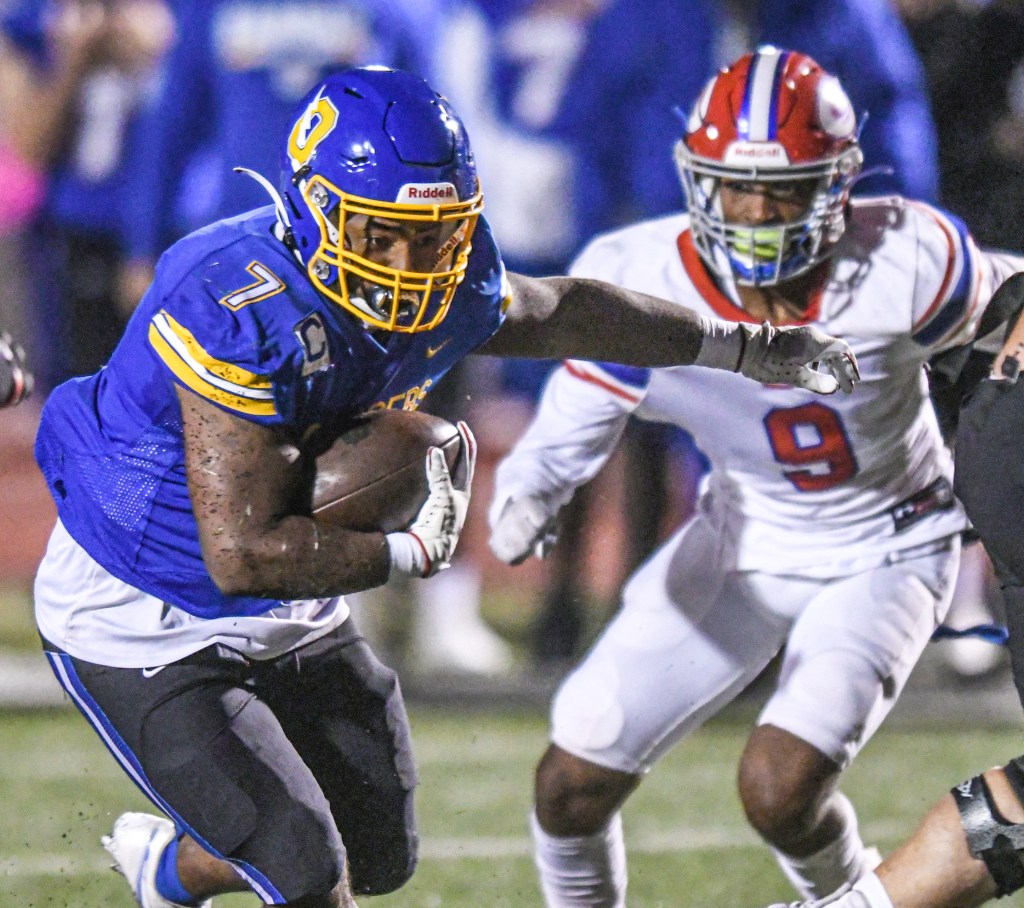 A ball that sailed through Micheal Harvey’s hand on the first play of the game symbolized what kind of game Oxford was in for on Friday.

The Chargers defeated Grenada 19-17 at Bobby Holcomb Field on Senior Night to conclude their regular season home slate. The win locked up a playoff berth for Oxford, who is looking to make it back to their third straight 6A state championship game in December.

Coming off their victory at Starkville a week ago in the Little Egg Bowl, Oxford (7-3, 5-1 Region 2-6A) returned home after a three-week road trip.

The game was one that Oxford head coach Chris Cutcliffe knew could be a tight one despite Grenada’s record in region play.

“Grenada’s a talented team and played well,” Cutcliffe said. “We made a few too many mistakes that I felt left points on the board, but thankfully we were able to close it out. Goal number one at the start of the season is to clinch a playoff berth and we did that.”

The ball that Harvey failed to haul in resulted in a safety, giving Grenada (5-5, 1-5) the early 2-0 lead in the first seconds of the game.

From there, the Charger offense regrouped on their second possession, using 11-plays to go 66 yards. Running back Roman Gregory went 16-yards for the touchdown to put Oxford back in front.

Running back Tracey Harris also scored a touchdown off a three-yard, punctuating a drive that started off a Grenada fumble.

The Chargers of Oxford’s lead did not last for long as Grenada responded with a 54-yard touchdown run by Jhordan During, taking the lead back late in the first quarter. While he kept Grenada in the game with his legs, along with other big runs Grenada managed to get against the Oxford defense.

Durin left the game in the fourth quarter after suffering a lower leg injury that required the need of an air splint and was carted off the field and later taken away from the stadium by an ambulance.

Grenada’s other points came off an 84-yard run midway through the third quarter and another Oxford safety, this time from a bad snap on a punt attempt that sent the ball out of the end zone three minutes later.

“We gave up too many long yardage plays and it’s something we’ve got to address and get corrected,” Cutcliffe said. “I don’t think that’s something that’s been characteristic of us. It’s definitely something we can get on the practice field and fix.”

Grenada had the chance to take the lead late in the fourth quarter but missed the 42-yard field goal try wide right. From there, the Chargers managed to get a couple first downs to ice the game.

Oxford returns to the road on a short week, traveling to Madison Central on Thursday to close out the regular season. The winner between the Chargers and the Jaguars will win the Region 2-6A title.