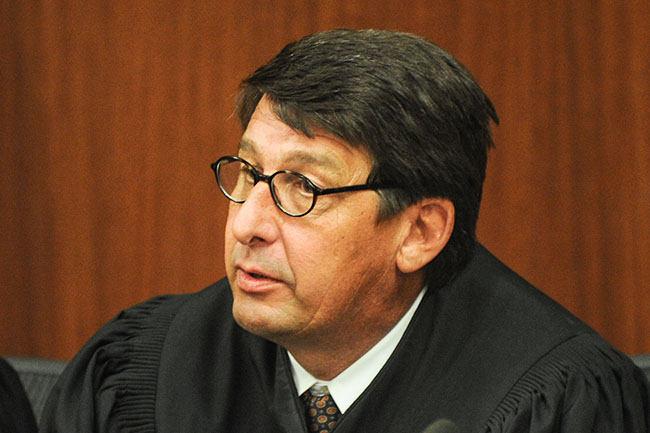 A federal judge in Mississippi has decided to take senior status beginning Monday.

Senior status opens a vacancy on the court for the Northern District of Mississippi and will allow Mills to handle a reduced caseload on the federal court. In his Oct. 13 letter to President Joe Biden, he stated he had attained the age and met the service requirements for that status. Still, he said, he intends to continue to carry a full case load until his replacement is sworn in.

“It’s been great,” Mills said.. “I have thoroughly enjoyed working with the other judges, lawyers, and staff and hope to continue to do so.”

Mills was nominated by former President George W. Bush to the seat after U.S. District Judge Neal Biggers decided to take senior status. He was confirmed by the U.S. Senate in October 2001. Prior to his service on the federal level, Mills served on the Mississippi Supreme Court, in the state House representing Itawamba and Monroe counties.

Longtime friend and attorney Steve Farese told the newspaper that Mills is well versed in the law and applies that knowledge in his decision-making process.

“The Northern District of Mississippi has been blessed before and throughout my 44-year career with excellent Article 3 judges,” said Farese. “Judge Mills is certainly of that ilk. A true Renaissance Man, Judge Mills loves literature and the outdoors.”

Farese said Mills is empathetic when it’s called for and balances justice with mercy.

“His personality and demeanor give all participants a sense of understanding of his procedures,” he said. “I look forward to continuing practicing before him as he takes senior status.”

Attorney Rachel Pierce Waide said Mill’s presence in her life as well as on the bench has been a gift.

“I’m sad to hear this news. I have known Judge Mills my entire life and his presence both personally and professionally has truly been a gift,” Waide said. “His chief goal in life and on the bench is to be fair and he practices that routinely.”