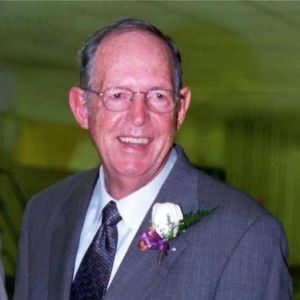 He is preceded in death by his parents and his sisters: Mamie Moody (Walter), Vesta Mae Ruffin, and Ann Melaun (Marshall).

He is a graduate of Baylor University which he attended on a music scholarship. He earned a Master of Music degree from the Vandercook College of Music in Chicago in 1959. The University of Texas at Austin awarded Luther a Doctor of Philosophy degree in 1971. While working towards the completion of his PhD at the University of Texas, he served as the Associate Director of Music for the Texas University Interscholastic League.

Luther served in the U.S. Army and was assigned to the Fourth Army Band. He was honorably discharged from military service in 1955.

Luther and the bands he directed received countless awards during the course of his long and distinguished career. However, he was particularly proud of the prestigious Special Presidential Award for contributions to the university which he received during his tenure at Notre Dame as well as the Outstanding Teacher Award given to him by the University of Mississippi in 1976.

He was a private, humble man who loved his family, friends, colleagues and students. He will be greatly missed by all who knew him well.

A private family memorial service is to be held at Florida National Cemetery in Bushnell, FL at a later time.