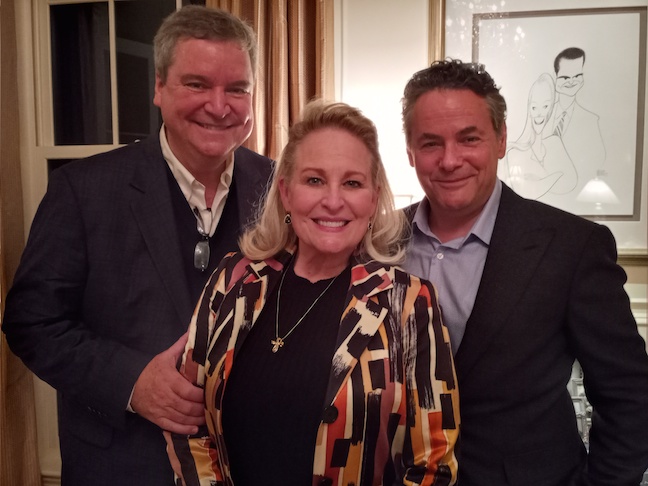 The University of Mississippi Opera Theatre has an all-star cast and crew aboard its upcoming production of “The Light in the Piazza” to take place on Friday, November 19 and Sunday, November 21 at the Gertrude C. Ford Center for the Performing Arts.

“Piazza” is the story set around Magaret Johnson, a wealthy Southern woman, and her daughter Clara in the 1950s on a vacation to Italy and the whirlwind love affair Clara embroils herself in with a young Italian gentleman named Fabrizio.

The six-time Tony award winning Broadway production based on native Mississippi writer Elizabeth Spencer’s novella will observe what would have been the author’s 100th birthday this past summer.

“We plan that this could happen every summer,” said Nancy Maria Balach, the university’s Chair of the Music Department. “We’re going to have large productions that happen with these students. We have them here and [professionals] get to work with our faculty and with our students. So we don’t train them to leave, we train them to stay.”

Balach said she wants people to become successful because of Mississippi, not in spite of it.

“We embrace more people to become children of Mississippi or a part of the Ole Miss family,” said Balach. “We’re in competition with the nation and we should be drawing in from the nation.”

An award winning musical welcomes along with it an accomplished and award-winning production crew. “Piazza” will be directed by Opera Theatre’s artist-in-residence singer-songwriter and actor Blake McIver Ewing and musical direction will be by collaborative pianist and associate professor of Music Amanda Johnson.

Music and lyrics were produced by two-time Tony award winner composer Adam Guettel and retired actress and singer-songwriter Mary Donnelly Haskell, who are lending their expertise to students in the Music Department this fall semester.

Guettel said his goal is to try and teach the students at Ole Miss technique and discipline while also bringing out their signature style creating a whole new life inside of the performers.

“It doesn’t matter what you’re doing, that relationship has to be forged,” said Guettel. “I watched it happen with the wonderful young artists here. They know who they are and they need technique to emancipate their artistic signature to allow it to speak and to allow it to go over the footlights and reach the audience.”

The student artists Guettel encountered as a guest advisor at the university’s Department of Music were well polished in many respects and changed how Guettel had to approach this upcoming production. Guettel said the singing ensemble he worked with are as good as any ensemble he’s worked with on “Piazza” before.

“I’ve really enjoyed working with [the music students],” said Guettel. “There’s a lot of talent and a lot of musicianship and there’s already a lot of instinct there. If they are connected to how good it makes them feel to sing correctly, safely and joyously, it’s a physical memory you want to go back to.”

Ole Miss alumna Haskell said it is an honor to reprise her role as Margaret after a run of the musical in Los Angeles in 2009 where Ewing played the male Fabrizio in the production as well.

“To sing and perform and to play this really remarkable character and lead of the musical is a gift in itself,” said Haskell. “It’s come full circle in a way. We’re doing this wonderful piece but back home in Mississippi where Elizabeth Spencer was from and we get to bring that alive at the Ford Center.”

Haskell said there are some differences in how she approaches the character 12 years later especially due to the venue size.

“Our production in Los Angeles was in a smaller house, so it was purposely made to downsize the musical and make it more intimate,” said Haskell. “Whereas with the Ford Center, everything has taken a breath and it’s just exquisite, so the music kind of gets to open back up.”

She said working with young performers is a special and worthwhile experience.

“I was a music education and vocal education and granted it was forever ago — it was the 70s– but in a lot of ways I’m in the same building looking at men and women who are full of their hopes and their dreams just like my husband and I were,” said Donnelly Haskell. “I think that’s what feeds me in this process.”

Haskell said she and her husband Sam are happy to call Oxford home and she is moving to help students create the best times in their lives.

“I think now, at this moment, I’m merging what I love, which is singing and performing,” said Haskell. “Also, not that I am teaching these students, but hopefully I am collaborating, informing and in some ways inspiring them to follow their dreams like I did mine.”