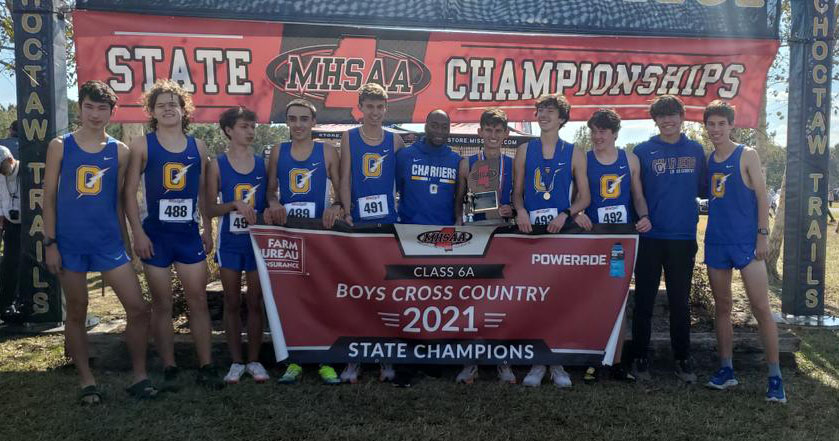 The Oxford boys cross country team stands with their Class 6A state championship trophy after winning the 6A state meet at Choctaw Trails in Jackson on Saturday. It is the first state title for the boys’ program since 2016 and first in Class 6A. (Contributed)

For the first time in five years, Oxford’s cross country program has a state championship team.

Led by Luke Johnson, the Chargers boys team won their first Class 6A title at Choctaw Trails in Jackson on Saturday, the program’s first since winning the 5A title in 2016. Oxford won with 86 points, beating out runner-up Tupelo’s 104 points. Oak Grove (109 points), Pearl (116) and Madison Central (137) rounded out the top five.

Johnson took home the individual 6A title, winning the race with a time of 15 minutes, 54.19 seconds. He beat Tupelo’s JaHeim Bridges by a little over two seconds to give Oxford their second consecutive individual 6A title after Chase Rose won in 2020 by 25 seconds.

Lafayette competes in the Class 5A state title meet on Monday.