Joysticks to reopen as Tony’s Tacos and Cantina on Dec. 6 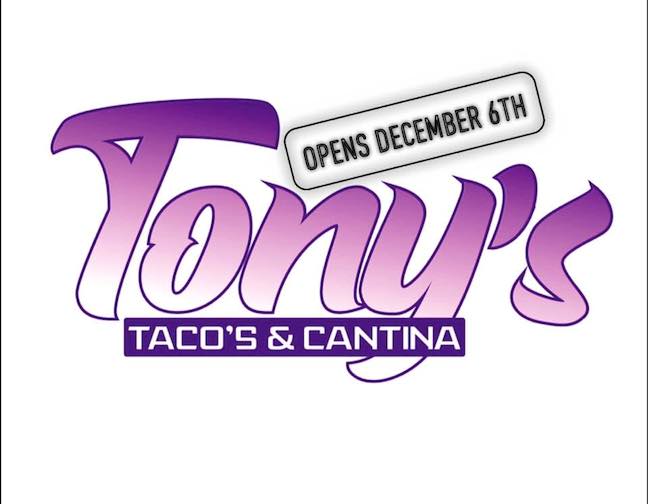 Before Tony’s Tacos and Cantina officially opens next month, a dance will take place on location on November 13 to celebrate the Central and South American communities with a special menu based on dishes from that region.

Barragan is taking inspiration from his Mexican roots and bringing a new style of food and culture to Oxford that touches on the environment he and many others grew up in.

Three months ago Barragan was offered the opportunity to start Latin Night after being approached by a couple of members from the Hispanic community who wanted Latin party scene in Oxford. Although Oxford boasts many restaurants and venues that appeal to a wide variety of interests, many Latinos have to go elsewhere to find what they are looking for.

“I get when they say, ‘You should have this,’ and ‘There’s nowhere for us to go and do that,” said Barragan.

Instead of having to travel over 80 miles to Memphis, Tennessee which has a large party and food scene for the Latin community, Barrgan decided to bring the scene to Oxford. The restaurant arcade partnered with Latin Invasion to host Latin Night, a bi-weekly event that featured local acts like DJ Jesse Jay and DJ Martinez and live bands bringing in scores of the community, cementing the event as a big success.

“This last Halloween party I had, I had three young ladies that had a birthday that week and it was just a beautiful turn out,” said Barragan. “Everyone showed up and had a great time all the way from Tupelo, New Albany, Greenwood and Greenville.”

The event-goers suggested adding tacos to the mix, but these tacos are not the typical tacos you see in chain or Mexican-style restaurants. Latin Night served street-style tacos that you would see in the streets of Mexico with beef tongue or beef intestines and the support was great in both Oxford and the Latin community.

“We’ve created something to where we say that what we get at El Agave, San Jose and Casa Mexicana is authentic,” said Barragan. “That is authentic. When I think of Mexican food, I use the word ‘cultural,’ because it’s a huge difference. When I think of cultural, I think of handmade tortillas, the salsas that mom makes or the seasonings and the spices that mom uses.

“We make tacos out of beef chitterlings and soups out of tripe. We make some awesome seafood soups on the weekend that we really look for after a nice, long night where we might have a hangover and these foods are our staples. Somebody might want a greasy burger after a long night out, we want that menudo or pozole.”

The menu has changed from the signature American fare of hamburgers, wings and flatbreads to birria tacos, tortas and traditional stews and soups. In addition, Tony’s Tacos will have a drink menu that emphasizes margaritas and beer. Two signature drinks will be a jalapeño magaritas and Michelada, a Mexican Bloody Mary with beer as it’s base.

Every bite and sip that you should take of the food should scream of Mexico and of home, said Barragan.

Although the restaurant’s menu and vibe have changed, guests will be happy to know that the games are staying, said Barragan.

“The name Joysticks is gone, but we are going to leave going to leave the video games there,” he said. “None of that is going to change. We’re just going to have a little bit of a different atmosphere when it comes to the decor.”

Barragan said he is more than prepared to start a new phase in his business and welcomes everyone to come and enjoy the restaurant once it’s officially open.

“Mi casa es su casa,” he said. “That’s for everybody. It doesn’t meant hat we’re going to stop catering to everyone. As an entrepreneur I’m working with what’s working, but everyone here loves tacos and margaritas. So not only am I going to be able to cater to the community that I’ve had in the past but now we’re going to give back to the community that worked so hard for us.”