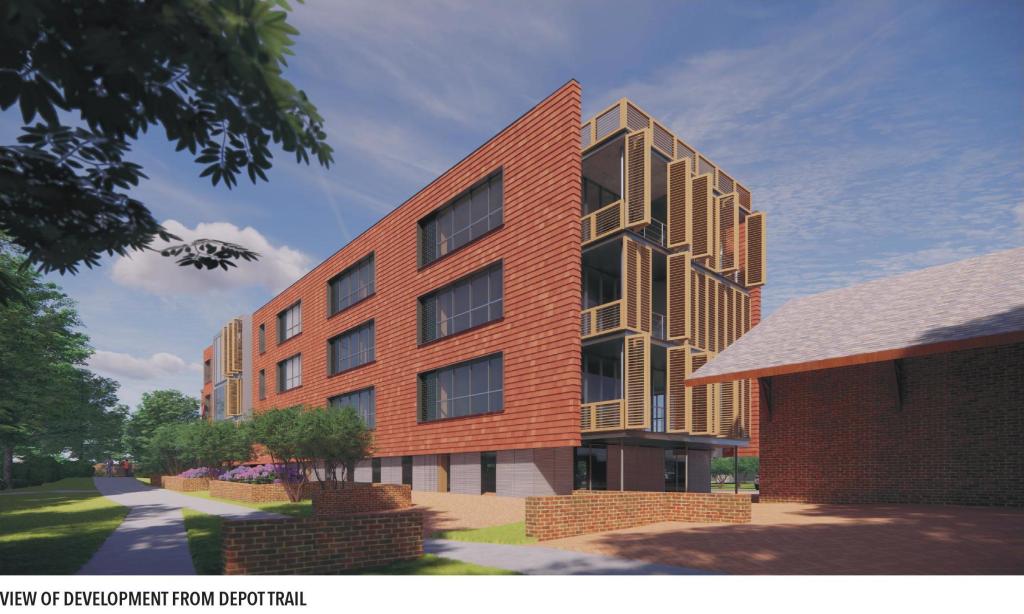 The city of Oxford Planning Commission approved a final plat amendment for a residential building on Depot Street after issues with parking designs and fire safety protocols.

The Servati Group, LLC. requested four Special Exceptions and a Variance for the property located along Jackson Avenue, across from the Courtyard Marriott Hotel. The same property was denied their requests in September by the Planning Commission.

The site measures approximately half an acre with a vacant building formerly known as Better Brands and is surrounded by property owned by the University of Mississippi.

The special exception and variances requests will allow the developers to take this residential from a five-story building down to a four-story building. There will be nine residential units: six two-bedroom units and three three-bedroom units. The original goal for the property was to take advantage of the Depot Trail and provide restaurants to the local area, but those concepts were eliminated.

The applicant contends that due to the constraints on this site, it makes it difficult for any other than residential.

Just as the group’s previously planned, the building will have similar architecture but the rooftop elements have been removed because it is no longer needed. The ground floor will be wrapped with windows and a panel of metal walls to screen the parking. Since the building will not have any commercial use on the first floor, it can be converted into parking.

“While there is no commercial in this particular building, we have had conversations that it could be easily converted to commercial in the future,” said AICP Director of Planning Ben Requet.

However, development is finding challenges with adequate parking and the 50-foot buffer.

“While [Servati Group, LLC.] has conversation with the university and the potential for a shared parking agreement,” said Requet, “the challenge as it was explained to us, marketing that to a potential tenant space is that it’s not guaranteed the university could sever that agreement as they deem necessary.”

Developers plan to provide 11 parking spaces under the building and an additional seven spaces will be provided in the same area of the property as the building with six spaces on Depot Street.

“There are 11 parking spaces on the east side of Depot Street that are proposed to be additional metered spaces,” said Requet. “As part of that the university has given an agreement with [Servati Group, LLC.] to be able to continue to utilize those spaces.”

“I think we have that buffer there for a reason and I think we turned down another person last month who didn’t want that significant buffer,” said Riddell. “That’s my only concern.”

The Land Development Code requires a 50-foot buffer between the development and the trail. If the buffer requirement is enforced onto the existing building, further development will be unlikely.

A representative for Servati said the developed building will be set further back than the pre-existing building so it will be pulled 10-feet and provide more area away from the trail.

“The new building is now in alignment with the Depot building,” said Duvall Decker Principal Architect Roy Decker. “We’ve committed to continuing that landscape and that feel that’s behind the Depot building all the way along that edge. The buffer would not just be an empty space, it would be a developed space.”