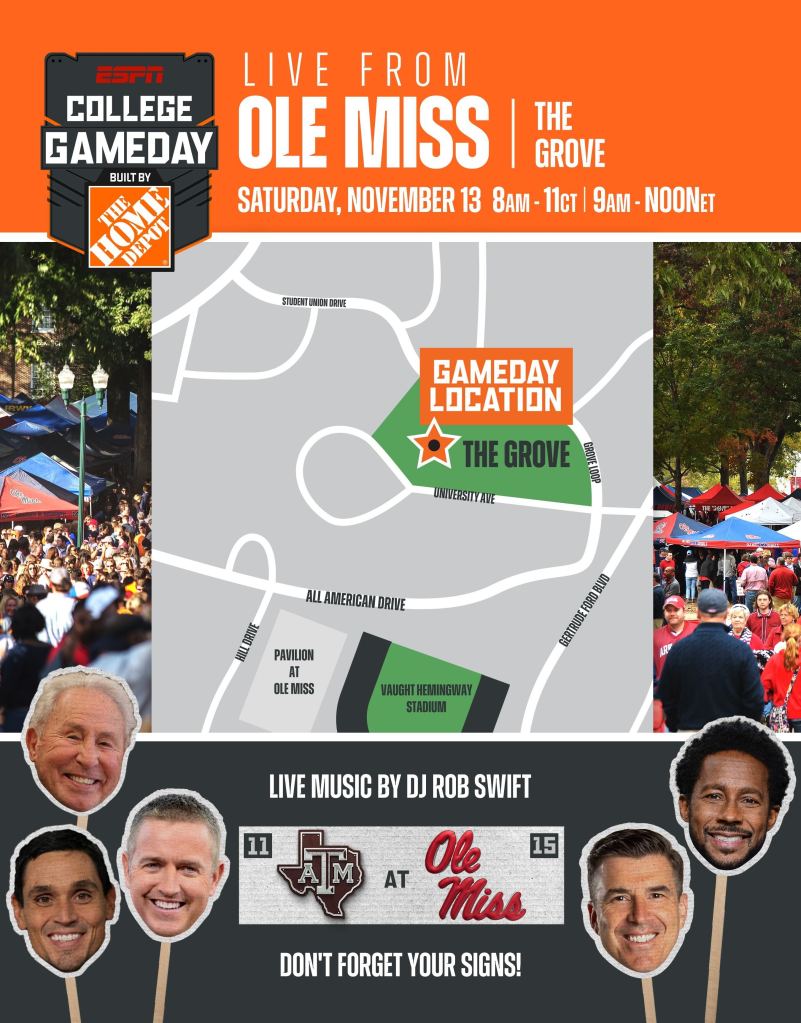 ESPN will be returning back to Oxford for the first time since 2014.

ESPN selected Oxford as the location for GameDay this week as No. 12 Ole Miss hosts a game against No. 11 Texas A&M on Saturday at 6 p.m. ESPN is also airing the game with Herbstreit and Chris Fowler on the call.

The last time ESPN visited Oxford, Katy Perry appeared on the show as the guest picker and threw corndogs as she made picks on October 4, 2014.

The last time we were in Oxford, this happened 😂