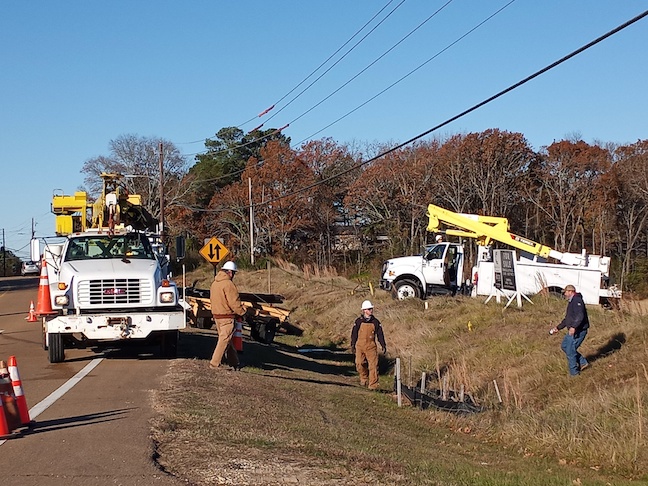 The Eagle received reports that the driver flipped the car, but this is unconfirmed.

At this time, residents reported a power outage around 6:40 a.m.

According to a representative of the Oxford Police Department, the single car accident cut power from 9th Street to Jackson Avenue West and College Hill Road. MaxxSouth and the city’s electric department immediately went to work to restore power.

Oxford residents endured sporadic power until it was restored later in the morning. around 8:30 a.m.

The OPD investigating the accident and the status of the driver has not been disclosed as of yet.