Boy scout gives back to local school through BSA project 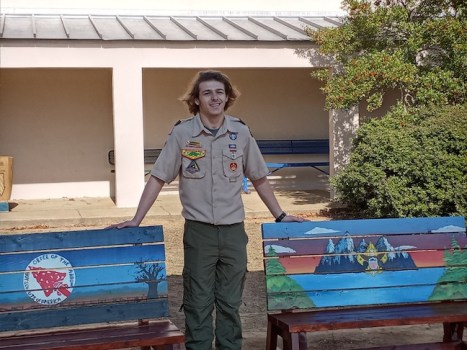 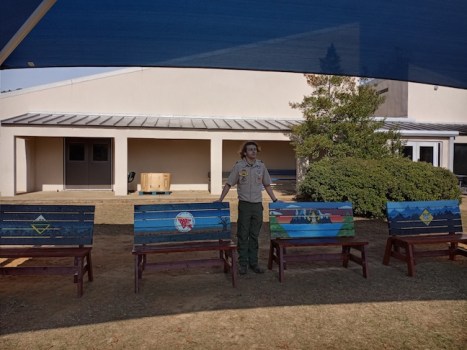 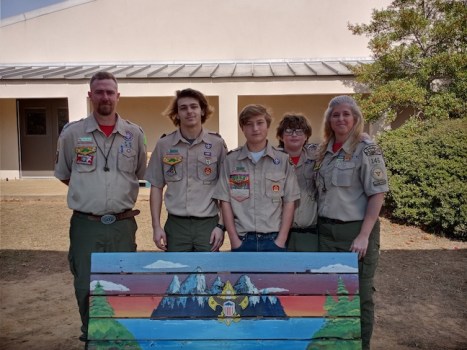 Crocker displayed the gifts to the public for the first time on Saturday morning with his parents, brothers, grandmother and Bramlett Elementary principal in attendance.

“I am excited because this is the last thing you can do in Boy Scouts,” said Crocker. “I’ve been working towards this since I was six years old when I joined Cub Scouts. It’s a very nice thing.”

“We’re so excited and we’re honored that he picked our school,” said Keri Jo Sapp, principal of Bramlett Elementary. “It’s going to be really helpful for our kids. We have young kids so it will help them socially and to learn how to play with each other.”

Crocker attended Bramlett Elementary where his interest in joining the BSA began. Flyers about the program were being passed around the school and, at the age of 6, he officially became a Cub Scout.

“I thought it looked interesting,” said Crocker. “My mom helped me out and we did stuff like they normally do like selling popcorn and go on campouts.”

Crocker’s mother and Scout Leader Jennifer LeBlanc started a Cub Scout troop when they moved to Water Valley so Crocker could continue his love for the program. He eventually moved on to the Boy Scouts in the fifth grade at 11 years old and has enjoyed most of his time there.

“I’ve made a lot of friends when I was 11 that I’m still friends with now,” said Crocker. “I have a lot of memories of camping out and having fun.”

As a member of the BSA, Crocker participated in this project in order to officially become an Eagle Scout and he wanted to focus on a a project that would help children in school.

“I figured it would be best do something in the school because this would affect a lot more people,” said Crocker. “I saw the idea of buddy benches. If a kid is playing in the park and they go and sit down on the bench, it lets the other kids know he needs somebody to play with.”

The project would test his skills in leadership and management as Crocker had to give instructions for each phase. It would take Crocker two years to complete and he said the process taught him a lot of patience.

“It was a little frustrating at time,” said Crocker. “The whole point of the Eagle Scout project was to direct other people, not to do it yourself. You really have to learn to be patient and it’s really helped me develop some leadership skills.”

According to LeBlanc, they faced setbacks due to COVID-19 and had a hard time finding a painter to decorate the benches.

“We even commissioned someone at the [University of Mississippi] who we were going to use and they ended up not being able to do it either,” she said.

Eventually, they commissioned a high school student to decorate each of the four buddy benches are painted with an emblem associated with the BSA: Cub Scouts; one for Scouts BSA; the Order of the Arrow, a honor society Crocker joined when he was 13; and Venturing, which he recently joined and created Crew 0146.

A plaque was placed on the back of each bench displaying Crocker’s name, his troop number, the artist name and the name of every person who donated to the project.

The four benches will be ready for use and placed outside in the Bramlett Elementary playground, the courtyard or the front hill on the property.

Crocker will submit paperwork, have a Scoutmaster Conference and pass a Board of Review to make the rank of Eagle Scout.