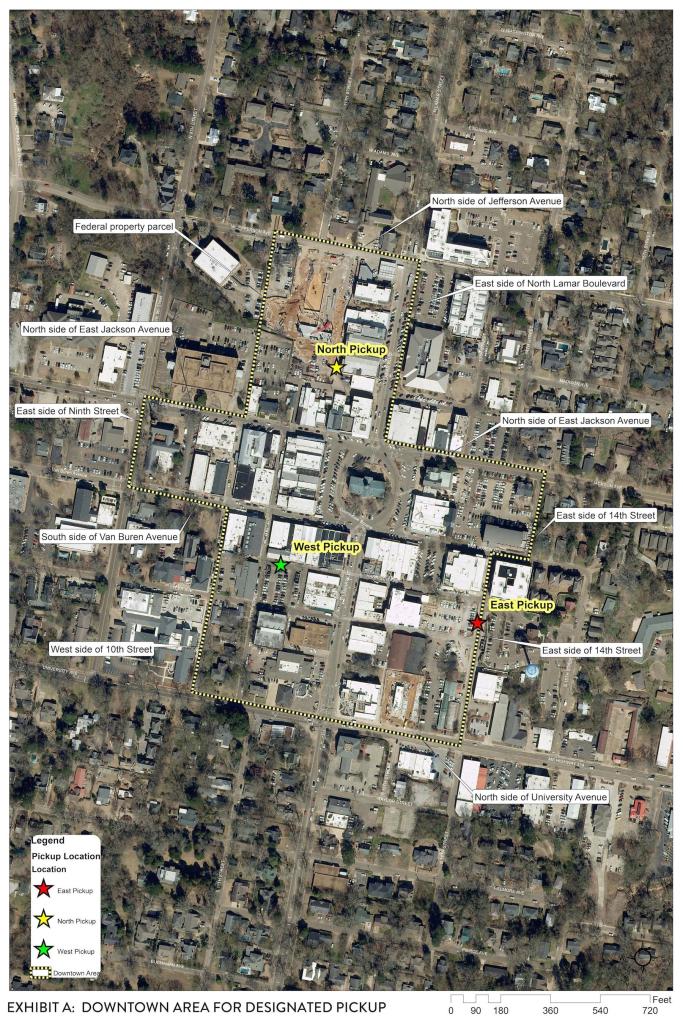 The Oxford Board of Aldermen approved a proposed rideshare ordinance after a final reading and amendments on Tuesday night.

The city’s proposal is designed to help with traffic issues when rideshare vehicles stop in the middle of the streets around the Square waiting for the passengers to find them by designating locations around the downtown area for pick up. It will also address the safety of rideshare users by placing those locations in well-lit and surveilled areas.

The Aldermen focused on Chapter 118, Sections 19, 22, 23 and 25 of the ordinance that state the limits of the ordinance, when a driver is permitted to use the pickup locations and the fares, seating capacity and weight capacity for rideshare vehicles.

The amended ordinance has also introduced a third pickup location on the east side of 14th Street in downtown Oxford. Two other pickup locations will be placed in front of the Oxford Parking Garage on North Lamar and the second to be located on South 14th Street next to Harrison’s.

According to city’s special project manager Mark Levy, the city made contact with Lyft to discuss the ordinance and the rideshare company is reported to be on board with the plan and are amenable to any changes Oxford may make.

“They are flexible if we want to move locations in the future or if we want to extend that geo-fence, which is what they call it, to a wider area if we can,” said Levy.

Lyft wants to observe how the geo-fence works in real time and will allow the city to come back and make changes if need be, he said.

Alderman Mark Huelse raised a concern about the susceptibility of the geo-fence and the possibility of “holes” that are being missed. It was mentioned that a pedestrian could walk across the street from the federal building and be out of the ordained field.

“Do we need to think about going ahead and pushing that out?” Huelse asked Levy.

According to Levy, all the bars and restaurants he has attended have been at least a block away from each location.

“I know safety is a big part of it, but it’s also to get traffic off the Square. So if someone feels like they can walk outside that [geo-fence] and get picked up easier, then that’ll certainly help with the traffic issue, but it’s something we will probably need to look at or at least watch.”

“Everywhere is pushed more north-south,” said Matt Davis, Director of Parking. “That west boundary is probably where if we ever do a revision, the west would be the first thing we look at.”

Plans are made to stripe the pavement and place pedestrian and vehicular signage to designate pick up location areas and the city is conducting a light study and having cameras in the vicinity of the pick up locations investigated.

The city is working to have the plans executed before University of Mississippi students return from their winter break and the university’s Associated Student Body is helping the city with a message to the students.

According to the Mayor’s office the proposal will take effect within 30 days.

To view the Designated Parking Ordinance, view below: