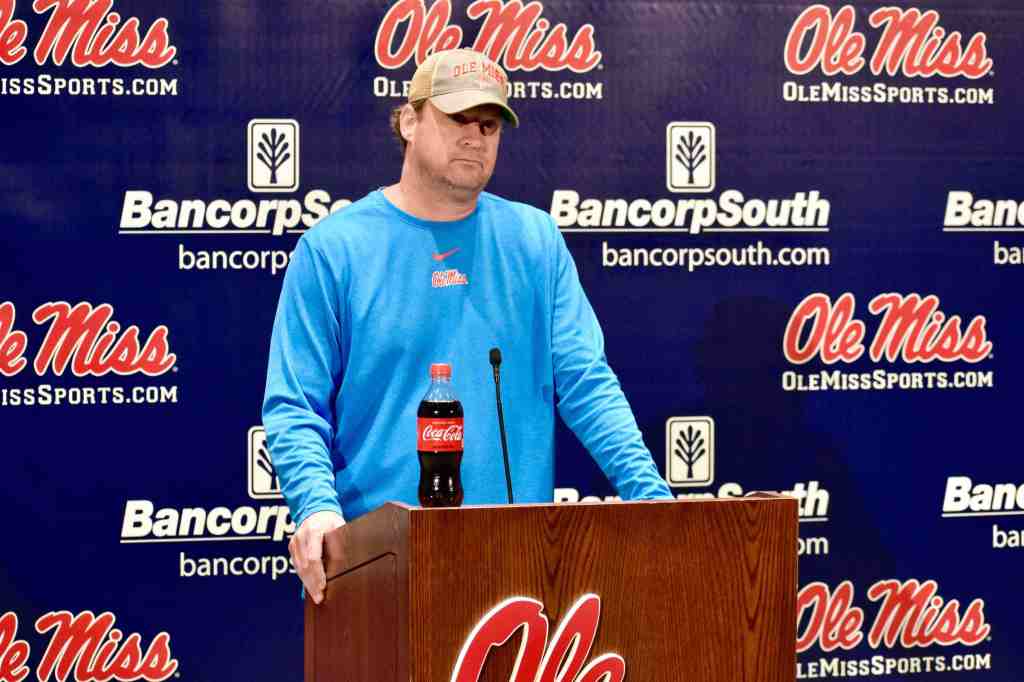 Lane Kiffin speaks on his 2020 recruiting class from the Manning Center Feb. 4, 2020 (Photo by Nathanael Gabler)

Ole Miss remains just out of the national spotlight as notable recruits are made this early signing period.

According to On3, Ole Miss racked up 15 signees with only four 4-star and ten 3-star picks and one transfer recruited to the team.

Additionally, there are currently four hard commits to the team. One of which is 4-star Offensive Tackle Bryson Hurst of Gautier, Mississippi.

If Hurst doesn’t flip, that would make him the fifth 4-star pick for the team.

For a live update of early National Signing Day: