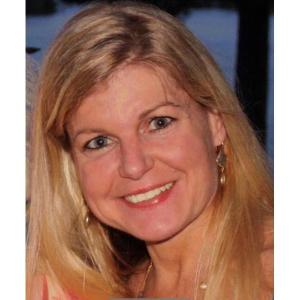 Susan Stribling Dehmer, 55, died December 9, 2021, after a fall at her home in Oxford. Born on August 26, 1966, in Jackson, Susan attended St. Andrew’s Episcopal School and Jackson Preparatory School before moving with her family to Memphis, where she graduated from Briarcrest Christian School. She was a Chi Omega at the University of Mississippi, graduating with a degree in social work.
Susan was the daughter Dr. and Mrs. J.T. Davis, Jr., of Oxford and the late Roger Stribling, Jr., of Jackson. She was preceded in death by her father and her grandparents, Mr. and Mrs. Roger Stribling, Mr. and Mrs. J. Will Young, and John H. Sloan; and by her brother-in-law Kevin Hunter.
Susan is survived by her parents; sister Sloan Hunter of Oxford; sister Paige Recchia (Tony) of Greenwich, Connecticut; brother Wilson Stribling (Jennifer) of Madison; step-siblings Robin Wilson of Atlanta, Richard Davis (Leighanne) of Birmingham, and Alan Davis (Lauren) of New Orleans; and former husband Josh Dehmer of Ridgeland, and his children.
She cherished her nieces, nephews, and a great-niece, all of whom loved their Susu dearly for her generous and zany spirit: Sam and Lilly Hunter; Charlie, Miles, Wyatt and Olivia Recchia; Roger, Bennett and Celia Stribling; and Anne Stribling Hunter.
Susan’s empathy fueled a desire to help others, first with Big Brothers Big Sisters of the Mid-South in Memphis. She had a flair for design that she put to use as a Regional Director of Visual Marketing for Harold’s Stores and in various other creative pursuits.
A celebration of Susan’s life was held Friday, December 17, at 1:00 p.m. at Northminster Baptist Church in Jackson, was followed by inurnment in the church columbarium and fellowship in the Great Hall. The service was live-streamed at northminsterbaptist.org.
Memorial contributions may be made to Northminster Baptist Church or to the Harmony Horses Center for Growth and Healing Fund through the Community Foundation for Mississippi, a cause from which Susan drew much strength.