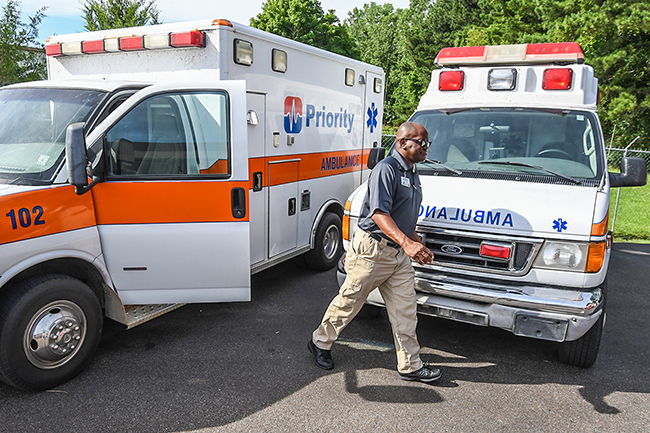 Baptist Ambulance is moving full speed ahead to improve emergency response times and address increasing medical needs in Lafayette County after coming to an agreement with the county Board of Supervisors.

In a regular meeting, the county supervisors granted Baptist Ambulance priority on all 911 calls in the city of Oxford and Lafayette County. Baptist and CareMed previously had split priority over calls until this decision. Baptist is not being financially held to this agreement and presented this agreement for the betterment of the community.

CareMed is allowed to take on private transports and the city and county fire department are allowed to respond to emergency calls as they have in the past.

According to Vice President of Operations Eric Messer, Baptist has agreed to provide three ambulances for 24 hours during the week and another three ambulances working 24 hours from Monday to Friday. An Advanced Life Support vehicle will respond to emergency calls as well.

The company intends to hire at least 30 medical employees to man these vehicles and respond to calls. Despite worries over staffing shortages, Messer said they are making speedy progress.

In case of out of county transports, Baptist will always have EMS available for residents.

“We’re going to leave two to three ambulances for 911 calls at all times,” said Messer.

The ambulance service’s performance and response times will be evaluated monthly by a committee during regular meetings. When asked if the community will be allowed to sit in for the meetings, Messer said the sessions will be closed.

“The meetings will not be public, but the information will be released,” said Messer.

The members of the committee will be chosen in the upcoming weeks of January.

To read Baptist/Priority Ambulance’s 911 Emergency Response proposal for Lafayette County and the city of Oxford, click below: