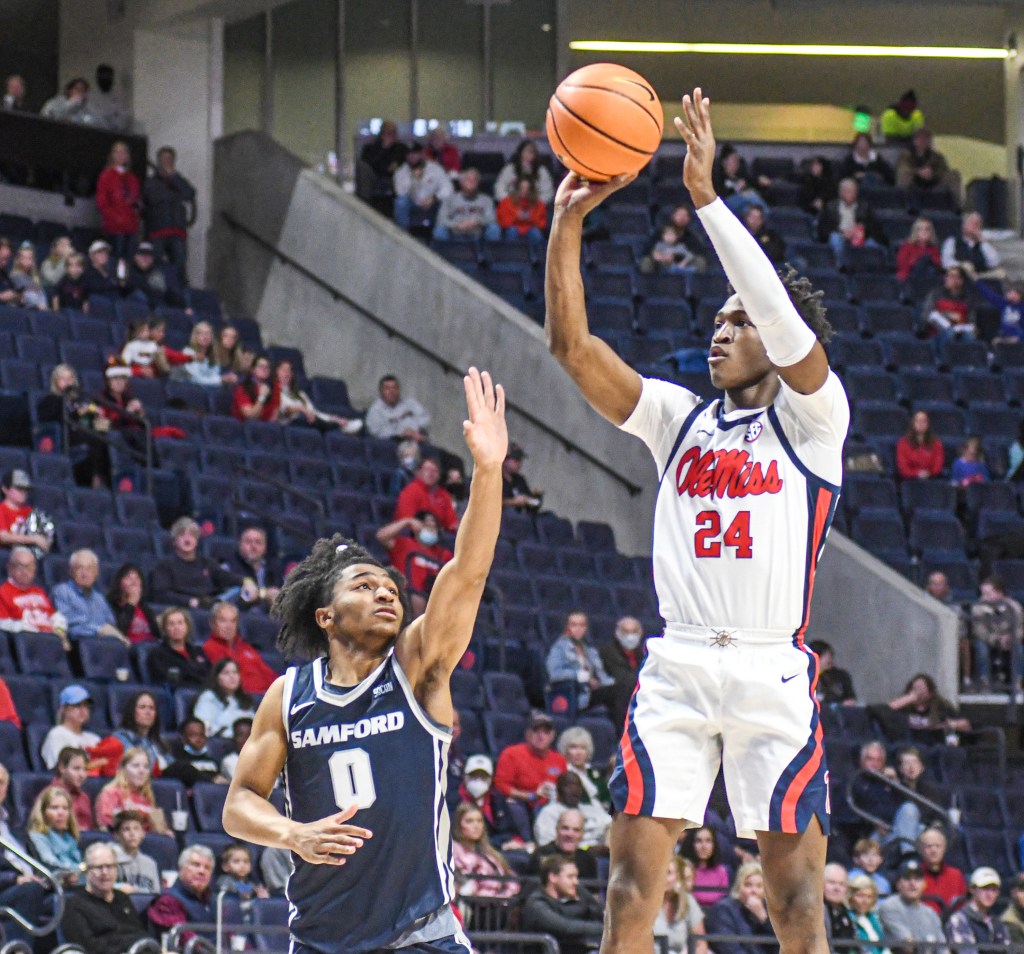 Davis told reporters in a press conference on Tuesday that two players, two assistant coaches, and four other staff members recently returned from COVID protocols, but that two more players were forced to enter this week.

Davis said one of the players entering protocols tested positive, while the other, his roommate, came in close contact and has not received a booster shot. He did not reveal the names of either player.

A recent change to CDC guidelines says only those who have received their booster shot should not be considered “in close contact” with someone who tests positive.

Davis said that the team is fully vaccinated and approximately half of the team’s 13 scholarship players have received a booster shot.

He made it clear that the team still has every intention to play their game against No. 18 Tennessee in Knoxville on Wednesday.

“I can tell you this, if we have seven scholarship players we’re going to go to Tennessee and play our tail off and do everything we can to play that game,” Davis told reporters.

The team may also be without the services of their leading scorer, Jarkel Joiner, who is dealing with a lower back injury.

The Oxford native, who is averaging 14.8 points per game this season, has not practiced in the past week. Davis said Joiner is “very questionable” for Tennessee.

Ole Miss already had one SEC game affected by COVID-19 this season. The Rebels were scheduled to open their SEC slate at home against Florida on Dec 29, but the game was postponed due to COVID issues within the Gators’ program.