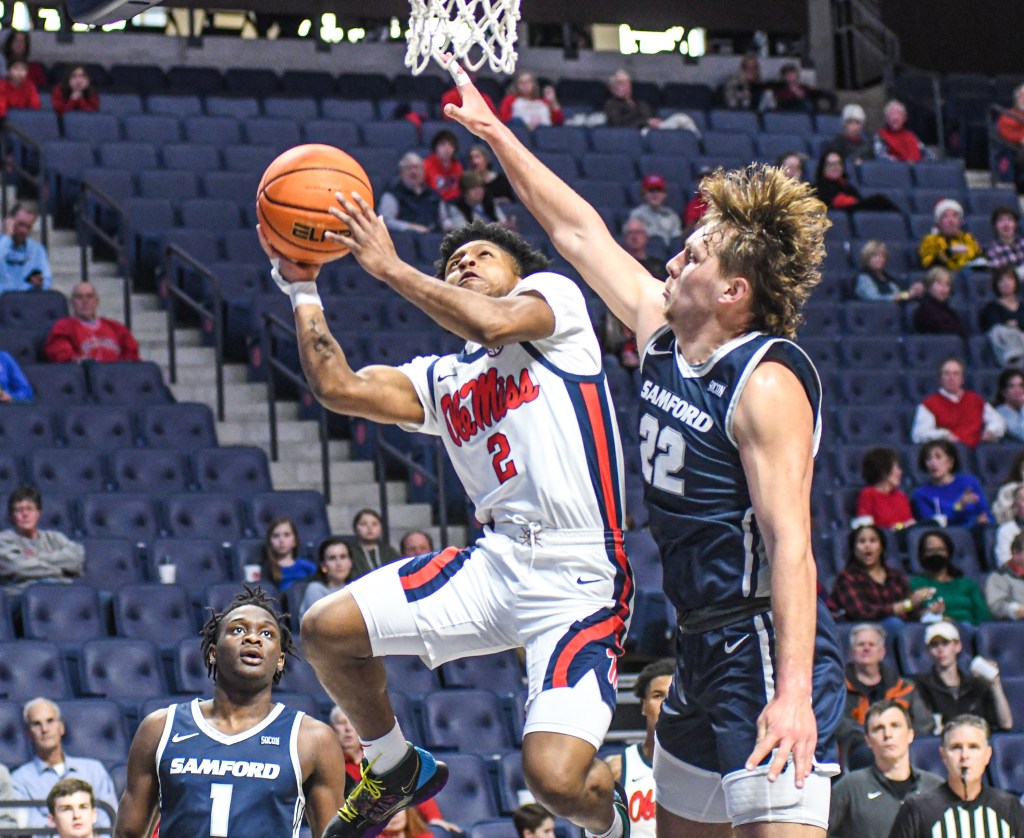 The two teams combined for more turnovers than field goals in regulation as the Rebels let one slip away on the road in overtime.

Ole Miss turned the ball over 27 times, failing to put the Volunteers away despite countless chances down the stretch in a game where they led for over 40 minutes.

The Rebels were without the services of leading scorer Jarkel Joiner, who did not make the trip to Knoxville after suffering a lower back injury in practice last week.

True freshman Daeshun Ruffin got the start in place of Joiner, his first in an Ole Miss uniform. The diminutive guard struggled to get going against an elite Tennessee defense, going 1-9 from the field and turning the ball over three times.

Ruffin, the first McDonald’s All-American in school history, had played well in his last three games after missing the previous eight with a broken hand suffered in the season opener.

Ruffin’s defense sparked an early run for Ole Miss, who jumped out to an 8-0 run after four scoreless minutes to begin the game.

The Rebels were locked in defensively from the start, playing high in the passing lanes and forcing Tennessee’s guards to make dangerous passes over the top of the defense.

The Volunteers started the game 0-10 from the field before registering their first points of the game thanks to a defensive miscue with just over 12 minutes remaining in the first half.

Tennessee’s star point guard Kennedy Chandler picked up his second foul of the first half just seconds later, sending him to the bench for the remainder of the period.

Ole Miss failed to capitalize on the opportunity, turning the ball over seven times in just over six minutes and going ice-cold from the field.

The Volunteers responded with a 15-5 run to close the half, trimming the lead to two at the break. Rick Barnes’s squad went 6-11 from the field over a seven minute stretch after starting the game 3-22.

With the Rebels looking for someone to carry the scoring load, Georgia transfer Tye Fagan answered the call, knocking down five three-pointers en route to a career-high 23 points.

The 6’3″ guard, who is not known as an elite perimeter shooter, caught fire in the second half, pouring in triple after triple to keep the Volunteers at bay.

Chandler made the difference for Tennessee in the second half however, scoring four points and dishing seven assists down the stretch.

Ole Miss saw their lead slip through their fingers in the closing minutes of regulation, unable to break the spell the offense was under all game.

Tennessee took their first lead of the game in the overtime period on a 14 footer from Olivier Nkamhoua. The Rebels ran out of gas in overtime, missing attempt after attempt from long range and failing to provide any pressure on the rim.

They was unable to penetrate the Tennessee defense all night, shooting 11-28 from inside the arc. The Volunteers used their size and strength to stymie a Rebel squad that looked lost without their starting point guard.

Fagan finished 8-11 from the field, including 5-6 from deep in the losing effort. He was 1-14 from beyond the arc in his previous nine games.

Sophomore Matthew Murrell was the only other Ole Miss player in double figures, contributing 17 points on 6-9 shooting.

The Rebels will try and right the ship and pick up their first SEC win of the season against Mississippi St. on Saturday in Oxford.