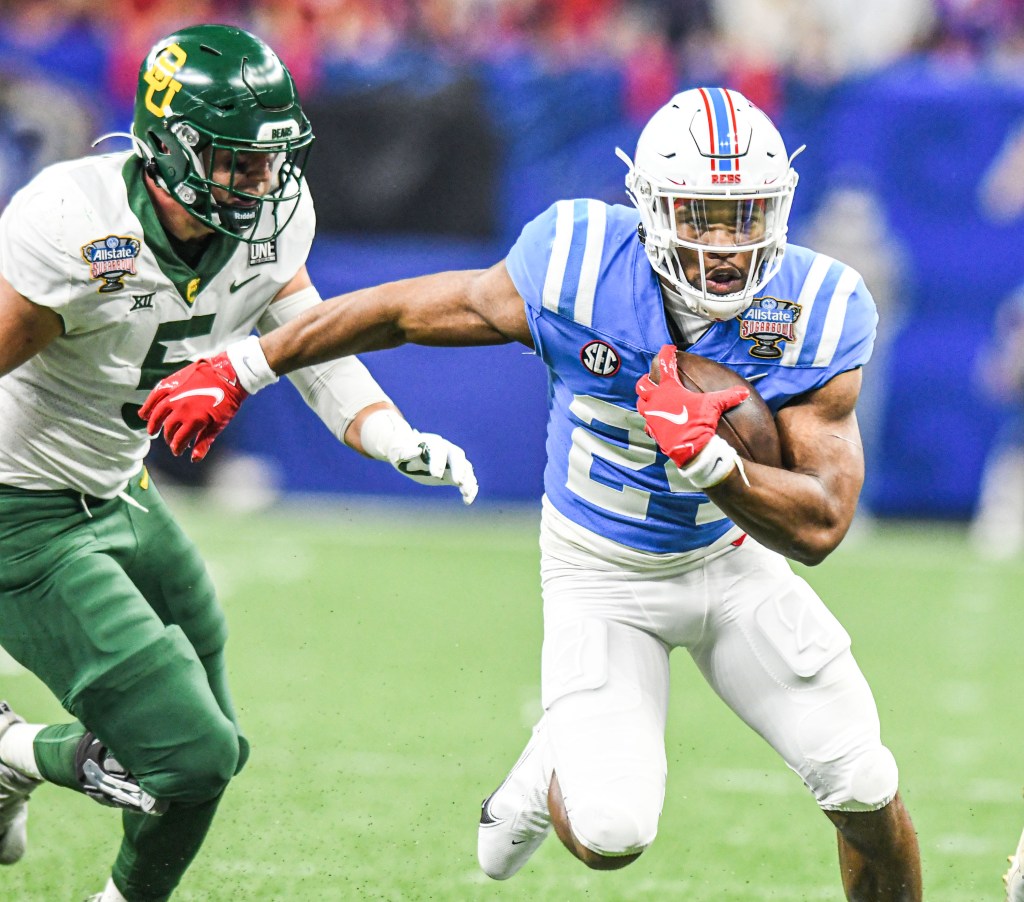 Ole Miss running back Snoop Conner announced his intentions to enter the NFL Draft Wednesday, joining a growing list of Rebels who have left the program following a loss to Baylor in the Sugar Bowl.

Conner made the announcement in a social media post late Wednesday night.

After continuous prayer and talks with my family, I have made the decision to forego my senior season and enter my name in the 2022 NFL Draft,” Conner said. “I will always be an Ole Miss Rebel. It is not goodbye Rebel Nation, it is see you later.”

Conner’s announcement was part of a heartfelt letter thanking the Ole Miss community for his time in Oxford.

“To the best fans in America,” Conner wrote, “game days in Oxford are special because of you… You guys made me proud to be a Mississippian every week I stepped onto the field. I will always remember how appreciative you all made me feel.”

Conner rushed for 647 yards in 2021. His 13 rushing touchdowns ranks fifth in school history for a single season.

One of the premiere goal-line threats in all of college football, Conner finishes his Ole Miss career with 26 touchdowns on the ground, third in program history behind Deuce McAllister and Brandon Bolden.

A fan favorite, cheers of “Snooooop” could be heard echoing throughout the stadium every time he touched the ball.

Ole Miss is losing over 2,000 rushing yards from 2021 between Ealy, Conner and quarterback Matt Corral.

Conner’s decision comes as a surprise following three seasons as a backup in Oxford. The power back is not graded in ESPN’s 2022 NFL Draft profiles and is not expected to be taken in most mock drafts.

The Rebels will likely turn to Henry Parrish Jr. as the primary back in 2022 following the departure of Ealy and Conner. The rising junior ran for 553 yards and three touchdowns in 2021.

Ole Miss is also a favorite to land TCU star running back Zach Evans from the transfer portal. The former consensus five-star recruit visited Oxford early in December, but no official announcement has been made.