University announces next writer-in-residence for spring

An author whose debut novel in 2020 received awards and critical acclaim will write and teach at the University of Mississippi in the spring.

Raven Leilani has been announced as the John and Renee Grisham Writer-in-Residence at the University of Mississippi.

Her first novel, “Luster,” won the Center for Fiction First Novel Prize.” Luster” is about “a young Black woman striving for the right to make art and inhabit the full, complex spectrum of her humanity,” according to a university press release.

Leilani’s work has also been published in Granta and The Yale Review literary journals and The Cut, a blog hosted by New York magazine. She is a National Book Foundation 5 under 35 honoree and recipient of the Kirkus Prize, Dylan Thomas Prize and NBCC John Leonard Prize.

“Raven is a fresh, exciting new face in literary fiction, a writer whose career is just taking off, and we are honored to have her as our Grisham Writer-in-Residence for the spring 2022 semester,” said Matt Bondurant, director of the University of Mississippi master’s program in creative writing. 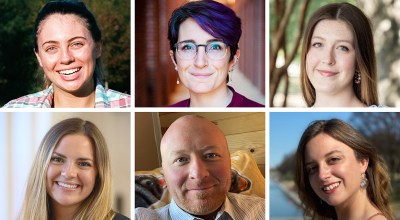 Seniors join Tassels Chapter of Mortar Board at University…