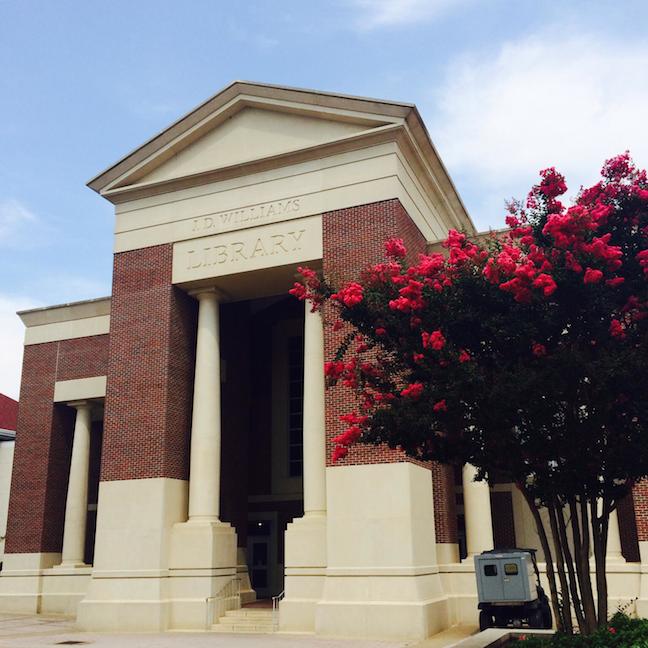 The J.D. Williams Library is hosting a special exhibit exploring the motives, pressures and fears that shaped Americans' responses to Nazism, war and genocide in Europe during the 1930s and '40s. (Photo: University of Mississippi Libraries/Facebook)

A special exhibit at the University of Mississippi explores the motives, pressures and fears that shaped Americans’ responses to Nazism, war and genocide in Europe during the 1930s and ’40s.

“Americans and the Holocaust,” a traveling exhibition from the U.S. Holocaust Memorial Museum, is on display at the university’s J.D. Williams Library through Jan. 14. The library is among 50 U.S. libraries hosting the exhibit.

The touring display – based on a special exhibition of the same name at the museum in Washington, D.C. – began traveling to U.S. libraries in 2020. It arrived in Oxford on Dec. 1, 2021.

Cecelia Parks, research and instruction librarian and assistant professor at the university, said being selected to host the exhibition is significant because there are not many opportunities for people in north Mississippi to engage with cultural programming related to the Holocaust.

The exhibition explores the many factors – including the Great Depression, isolationism, xenophobia, racism and antisemitism – that influenced decisions made by the U.S. government, news media, organizations and individuals as they responded to Nazism.

“It challenges visitors to consider the responsibilities and obstacles faced by individuals – from President Franklin Delano Roosevelt to ordinary Americans – who made difficult choices, sought to effect change and, in a few cases, took significant risks to help victims of Nazism even as rescue never became a federal priority,” a university press release reads.