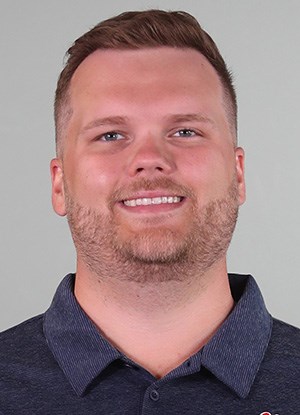 Ole Miss lost yet another key member of their record-breaking 2021 football team on Monday when General Manager Matt Lindsey announced he would be leaving the program to accept a position with sports agency Athletes First.

Rumors of his departure were first reported by Matt Zenitz of On3 Sports last week, and Lindsey confirmed the news in a social media post Monday.

“My family and I are excited to start the next chapter with Athletes First,” Lindsey wrote on Twitter. “[I am] thankful to Ole Miss and the Oxford community for the way they welcomed me and my family the last 2 years! I had a blast with the players and staff here.”

Lindsey was hired as the first general manager in the history of Ole Miss football in March 2020 after three years as the director of player personnel at South Carolina. He oversaw the Gamecocks’ recruiting efforts, helping the school land three straight top 25 recruiting classes from 2018-2020.

In 2017 Lindsey was named to the 247Sports “30Under30” list of rising coaching stars in college football. He was also named Football Scoop Player Personnel Director of the Year the following season.

Before joining the staff at South Carolina, Lindsey worked as a scout for the Philadelphia Eagles, organizing scouting efforts for college all-star games and the NFL combine.

Lindsey had a hand in nearly every aspect of the football program, and was a critical part of the program’s success over the past two seasons. He handled day-to-day recruiting operations, performance analytics, staffing and academic support, working closely with head coach Lane Kiffin every step of the way.

Lindsey is the third major member of the Ole Miss staff to depart the program following the team’s 21-7 loss to Baylor in the Sugar Bowl, joining co-defensive coordinator D.J. Durkin and senior defensive analyst Marquise Watson. Durkin was hired to Jimbo Fisher’s staff as defensive coordinator at Texas A&M while Watson returned to his home state of New Jersey to become defensive line coach at Rutgers.