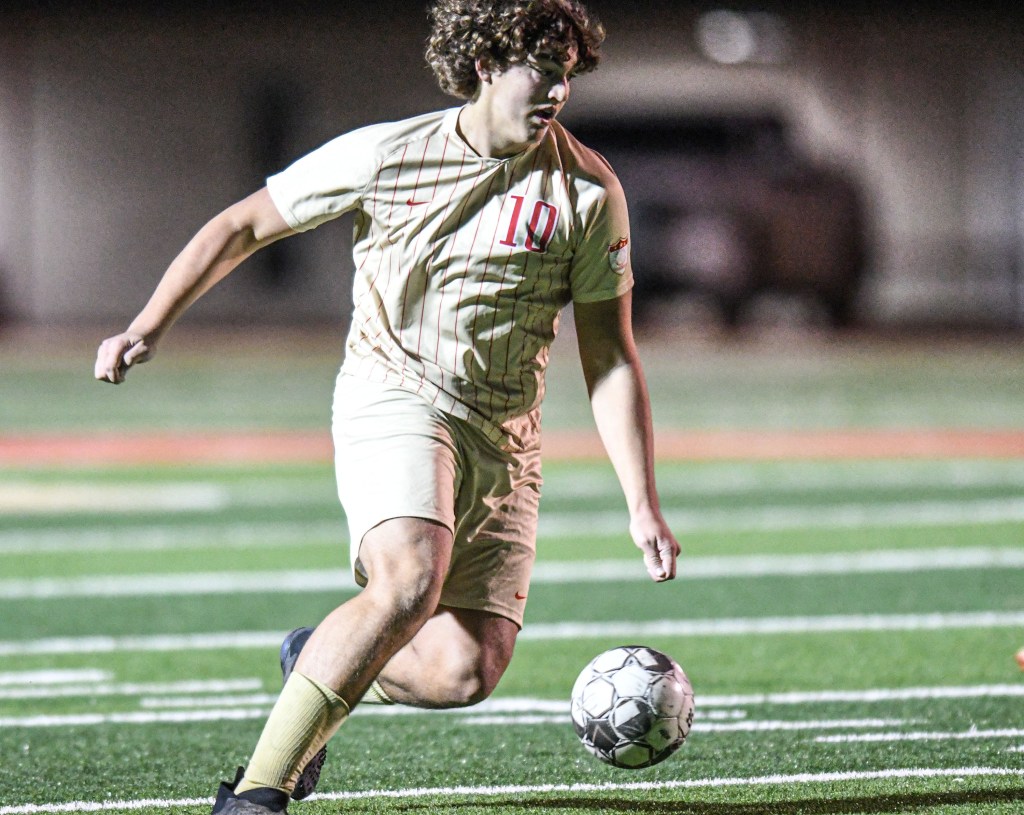 The Lafayette High School boys soccer team looks to secure a playoff spot tonight at home against rival Saltillo in their final district game of the season.

Lafayette (7-11, 1-2 district) is trying to get back in the playoffs for the first time since their triple-overtime loss to New Hope High School in the first round of the 2020 tournament.

The Commodores have struggled to find a rhythm so far this season, and enter tonight’s matchup losers of four of their last five games.

“We have been up and down all season… struggling at times with consistency,” said head coach Gene Anderson.

Lafayette is one of the younger varsity teams in the state. The Commodores do not play many upperclassmen, turning instead to a youthful roster full of up-and-coming talent. Sophomore Carson Taylor and junior Crosse Lindsay were both named to Blue Mountain College’s North Mississippi high school soccer all-star team this week. Lindsay is making his second all-star appearance after being voted into the inaugural contest last season.

“We are a very young team so it’s been a learning year,” Anderson said. “We’ve done some really good things this season. We start a lot of freshmen and sophomores [as well as] an eight grader.”

Lafayette is currently second in the region, sitting one above Lake Cormorant (6-6, 1-3 district) in the loss column. They split their season series against the Gators 1-1, taking the first matchup back on Dec. 9 before losing 3-1 on Jan. 7. They can secure a position in the playoffs with a win tonight,

Their opponent, Saltillo (10-5-1, 3-0 district), secured the top spot in the region with a 2-1 victory over Lake Cormorant on Tuesday. The Tigers are one of the top teams in the north half of the state, entering tonight’s matchup on a six-game winning streak.

Saltillo has played just two games so far in the new year. The Tigers did not seem to miss a beat after a 19-day hiatus, but could have trouble against a youthful Lafayette time desperate to get back in the playoffs after coming up just short last season.

The Commodores are scheduled to kick off against the Tigers at 7:30 p.m. following the girls game at 5:00.