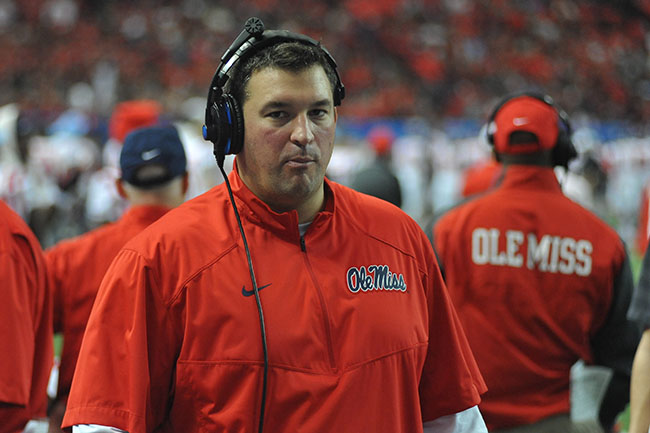 Ole Miss continues to shake up their coaching staff following their record-breaking 10-win season in 2021.

The Rebels are expected to hire Chris Kiffin as co-defensive coordinator and linebackers coach according to reports from Chase Parham of Rivals.com and Bruce Feldman of the Athletic.

The younger Kiffin is no stranger to Oxford, having served as defensive line coach and recruiting coordinator for defense for the Rebels for five years under former head coach Hugh Freeze. He also served as a graduate assistant for one season with the program in 2007.

Kiffin left to join his older brother’s staff at Florida Atlantic in 2016 following the NCAA’s investigation into recruiting violations committed by Freeze and his staff. He was named in Ole Miss’ formal Notice of Allegations, and was not allowed to recruit off-campus for 30 days.

He spent one season as defensive coordinator and linebackers coach for the Owls before moving to the NFL.

The former Scout.com National Recruiter of the Year served as a pass-rush specialist coach for two seasons with the San Francisco 49ers before accepting a position as defensive line coach for the Cleveland Browns in 2020. All-Pro defensive end Myles Garrett set a single-season franchise sacks record under Kiffin’s tutelage in 2021 with 16.

He returns to the college ranks to join an Ole Miss program in the midst of a massive overhaul coming off their first 10-win season in program history.