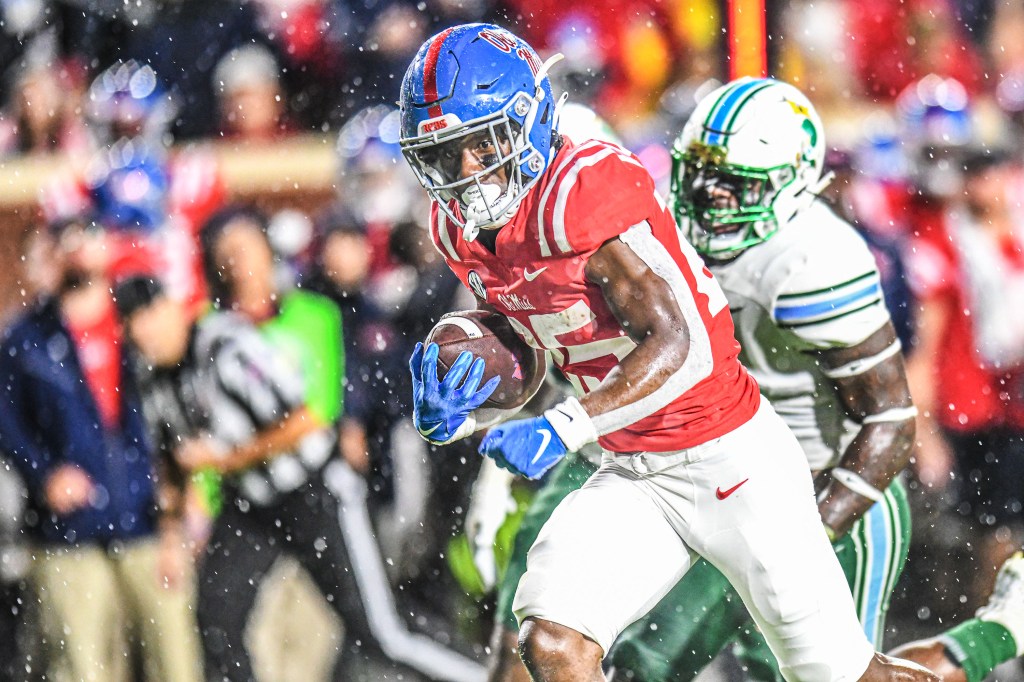 The sophomore from Miami rushed for 553 yards and three touchdowns on 105 attempts in 2021. He also recorded 21 receptions out of the backfield for 173 yards.

The shifty running back spent two seasons as a backup to superstars Jerrion Ealy and Snoop Conner, both of whom declared for the 2022 NFL draft following the Rebels’ 21-7 loss to Baylor in the Sugar Bowl.

Parrish was one of the most highly recruited running backs in his class, choosing Ole Miss over offers from Florida, Florida State, Miami, Oregon and Michigan among others. A four-star prospect in the class of 2020, Parrish was rated as the No. 10 running back in the country by Rivals.com and was one of the top 25 players in the state of Florida.

His best game in a Rebel uniform was against Arkansas on Oct. 9, when he ran for a career-high 111 yards on 18 carries, the only 100-yard performance in his collegiate career. He finishes his Ole Miss career with 1,048 yards from scrimmage and five touchdowns.

Ole Miss boasted one of the best three-headed rushing attacks in the SEC in 2021, but must now scramble to replace all three backs.

Most of the load will fall on TCU transfer Zach Evans, who announced his intentions to join the Rebels last week following a lengthy recruitment.

The former five-star prospect rushed averaged over seven yards per carry over two seasons with the Horned Frogs before injuries derailed his breakout 2021 campaign.