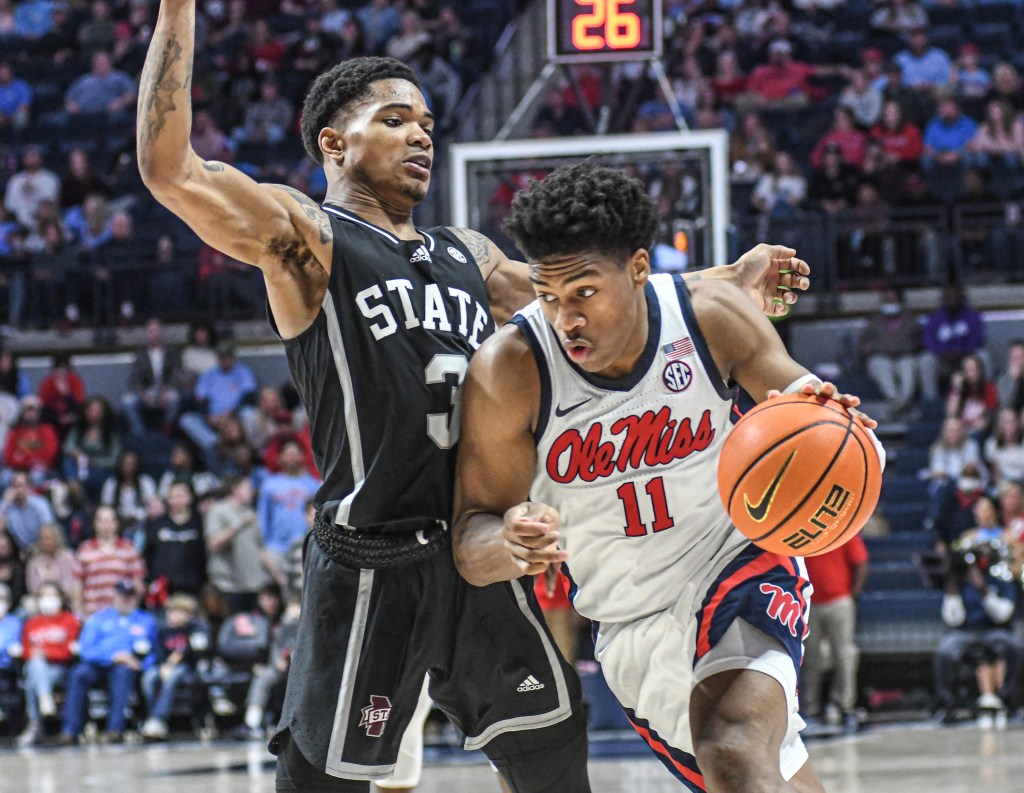 The Rebels have won 14 of the past 18 games against the Tigers, including an 86-84 overtime victory in their last meeting in February 2021. This is the 142nd meeting between the two SEC foes, who first laced it up on the hardwood back in 1928.

Auburn enters Saturday night’s matchup riding a 12-game winning streak during which they have outscored opponents by an average of 15.8 points per contest.

Head coach Bruce Pearl’s squad is 22nd in the NCAA in scoring offense, averaging over 80 points per game. They rank in the top 20 in opponent field goal percentage, steals and scoring margin.

Ole Miss will be without the services of leading scorer Jarkel Joiner. The Oxford native injured his back in practice the week before the Tennessee game and has seen limited action since. He underwent a procedure to address the injury Thursday that will keep him sidelined for four to six weeks.

In his absence, the Rebels have turned to sophomore guard Matthew Murrell to carry the scoring burden.

Murrell has answered the call thus far, averaging 19.6 points over his last three games. The Memphis native is shooting 69% from the field and 73% from deep over that span, including a 10-11 performance from the field against Mississippi State on Jan. 8.

Freshman point guard Daeshun Ruffin will also be asked to shoulder more responsibility in the absence of Joiner.

The first McDonald’s All-American in program history, Ruffin was heavily recruited by the Tigers out of high school. The Callaway High School product initially committed to Auburn after his sophomore year in June 2019 before reopening his recruitment. He eventually signed with Ole Miss, choosing the Rebels over offers Auburn, Florida, LSU and Alabama.

The five-foot-nine-inch Ruffin has been a menace on the defensive end thus far, swiping 3.7 steals per game in SEC play, tops in the conference. He is on pace to shatter the program’s freshman record for total steals, set by Elston Turner in 1978.

Saturday’s contest marks the first time since February 2017 that Ole Miss has hosted a top-five opponent. They have not defeated a team ranked in the top five since January 2000, when they knocked off No. 4 Auburn 79-77 in overtime.

The Rebels will look to duplicate history tonight when they tip off against the Tigers at 7:30 CT.