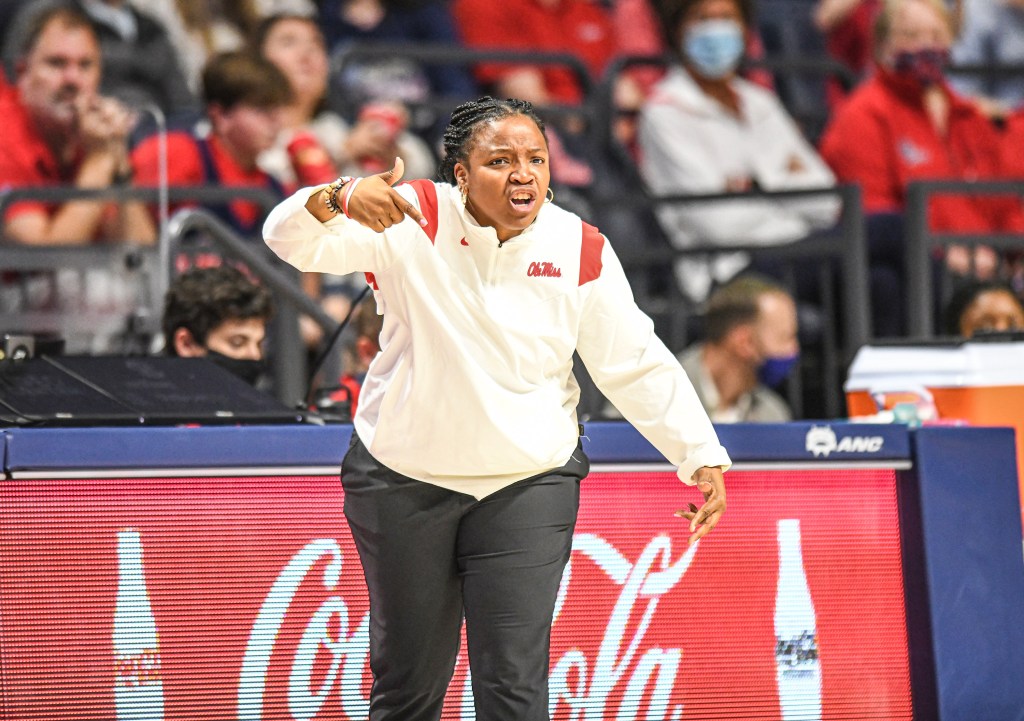 “No excuses for the fans that are not coming out. And I want to challenge them: I’ll give you you’re money back. [If] you come to the game, and you don’t feel like we’ve put out a good product, if you bring your daughter or son and they don’t have a good time, I’ll give you your money back,” she said.

The Rebels are 15-2 on the season, shattering program records and trouncing opponents on a level not seen since the days of Van Chancellor and the Gillom sisters. They are still struggling to put fans in seats however, playing most of their home games in front of a nearly empty Sandy and John Black Pavilion.

Ole Miss ranks ninth in the SEC in attendance, averaging just 2,187 fans per home game. The Rebels are quickly establishing themselves as a contender in the SEC, but McPhee-McCuin emphasized that the team needs fans in the stands if they want to compete with the conference’s heavyweights.

“I truly believe that unless we have a crowd we can’t consider ourselves to be a top team in the SEC… If we’re gonna keep doing this we need the support. We need fans to come out and show that they back their women’s basketball team, no more excuses,” she said.

It’s not just their record that’s impressive either. The Rebels play an exciting brand of basketball, suffocating opponents with a hyper-active defense that ignites an electric fast break offense. McPhee-McCuin’s squad leads the SEC in opponent points per game, steals and turnover margin. They are led by one of the best players in all of college basketball in Shakira Austin, an athletic center who is expected to be a top-three pick in the upcoming WNBA draft.

“I just think the Oxford community needs to jump on this,” McPhee-McCuin said. “We are the hottest ticket in town. We’re 15-2. We’re shooting threes, we have a pro, we’re getting out in transition, we’re physical, we’re aggressive, we need fans…we need people to come out and pack the stands and show love for our team. Our basketball is legit, our team is legit, and our ladies deserve it.”

The Rebels go on the road next week before returning to the Pavilion to face No. 17 Georgia on Jan. 30. They will need all the help they can get as they try to secure their fourth win against a ranked SEC opponent in the Coach Yo era.