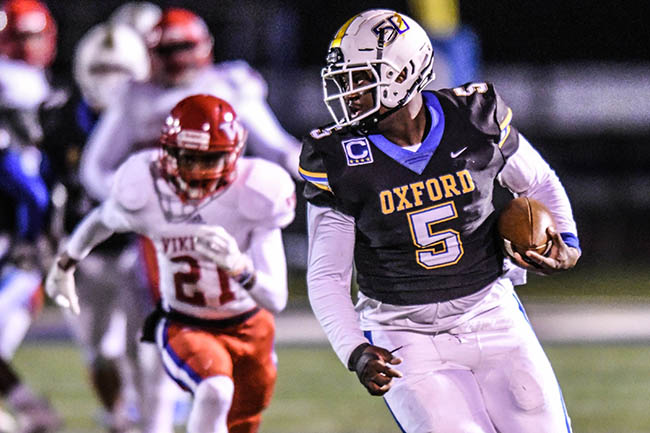 The former Oxford High standout led the Chargers to the 6A state title as a versatile, two-way athlete his senior year. A four star prospect, he was ranked as the No. 6 athlete in the country and the No. 3 player in the state of Mississippi.

A versatile athlete, the six-foot-three, 308-pound Pegues played all over the field for Auburn, spending time as a wildcat quarterback, H-back and tight end before finally settling in on the defensive line.

Pegues is expected to immediately crack the defensive line rotation for the Rebels after the departures of Sam Williams, Quentin Bivens and Sincere David. Williams declared for the 2022 NFL Draft shortly after the Sugar Bowl, while Bivens transferred to Southern Miss following three seasons in Oxford. David is still looking for a new home after entering the transfer portal in December.