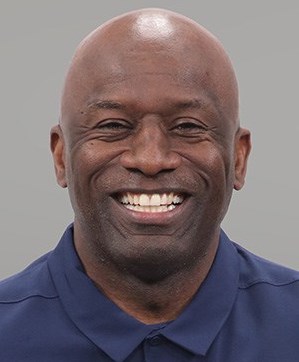 Ole Miss cornerbacks coach Terrell Buckley announced on Friday that he will depart from the Ole Miss staff after two seasons in Oxford.

“Ole Miss football and I have agreed to part ways,” Buckley wrote on Twitter. “Thank you for the opportunity. The improvement from year 1 to 2 was awesome. Players, you know where my heart is concerning you guys. Oxford is a special place. Thank you to the entire University of Mississippi family. TBuck.”

Buckley joined Kiffin’s staff in 2020 following four seasons at Mississippi State. He helped the Rebels secure the No. 17 recruiting class in 2021, including four-star cornerback Markevious Brown.

The Pascagoula, Miss. native helped lead a defense that was one of the most improved units in the country last season. The Ole Miss secondary gave up 246 passing yards per game in 2021, a nearly 80-yard improvement from the previous season.

A College Football Hall of Famer, Buckley was a consensus All-American in 1991, finishing seventh in the voting for the Heisman Trophy award. He was selected with the fifth overall pick in the 1992 NFL Draft, amassing 50 interceptions in his pro career.

His departure is the latest in a series of changes that bring plenty of fresh faces to the Ole Miss coaching staff. The Rebels recently finalized the hiring of Charlie Weis Jr. as co-offensive coordinator and quarterbacks coach, Chris Kiffin as co-defensive coordinator and linebackers coach, Marquel Blackwell as running backs coach and Nick Savage as head strength and conditioning coach.