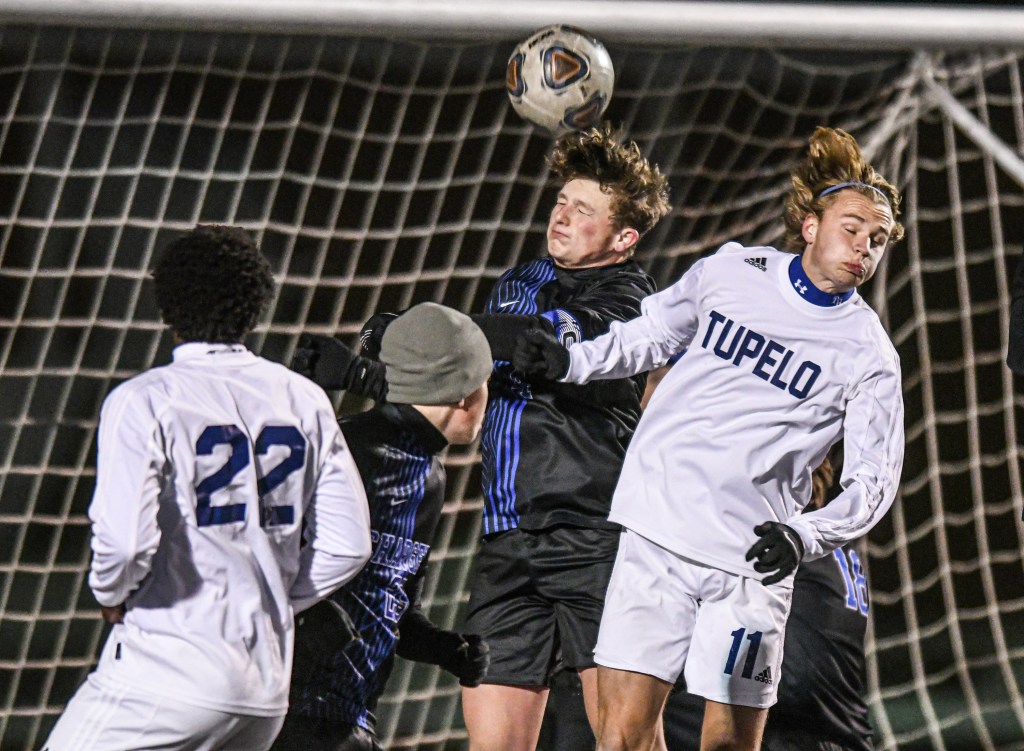 Oxford High’s boys soccer team fell to Tupelo at home Thursday night, eliminating them from playoff contention in their final game of the regular season.

The Chargers needed to win by two goals in order to advance to next week’s playoffs, but struggled to get any offense going against a Tupelo defense that packed the box all night long.

“Tupelo knew we needed to win by two tonight to make the playoffs, so they sat real deep on us,” said head coach Hunter Crane. “They ran four across the back, then two holding mid guys that dictated the pace against us.”

The Golden Wave played a physical, bruising game, going hard into tackles and swarming the ball with multiple defenders every time the Chargers got it across the midfield line.

“We knew that they were gonna come out like that, be strong and physical. That’s kind of what boys high school soccer is, it’s a big, physical game,” Crane said.

Tupelo got on the board late in the first half when a long ball over the top of the Oxford defense found its way to Daven Sanders, who buried it in the back of the net to give the Golden Wave a 1-0 advantage.

“That one is kind of a ball that we’ve struggled with all year this year,” said Crane. “We bring it down and try and do a little too much with it, and let the guy get loose and run at our goalie 1v1.”

The Chargers conceded another goal in the closing minutes of the first half that put them at a 2-0 disadvantage.

Needing four in the second half to advance, Crane’s squad moved as many players forward as possible, desperately firing shot after shot on goal to no avail.

Sanders netted his second goal of the night early in the second period, essentially putting the game on ice with over 25 minutes remaining.

The Chargers were unable to break through despite creating plenty of quality chances, eventually fall 3-0.

“We had a lot of separate opportunities that I felt like we probably would score on a normal night, but a lot of bodies in our way tonight,” Crane said. “It was just one of those nights where you hit the ball, you hit it well, you hit it square, it just doesn’t find the net.”

Oxford failed to score a goal for just the third time this season and the first time in region play. The Chargers end their season with an 11-8 record, including 2-4 in region play.

“We had a good season. It was up-and-down, I felt like we definitely could’ve played better in some spots to give ourselves a better opportunity to make the playoffs this year,” said Crane. “It’s something that our young guys are gonna have to learn from and take into next year as we go to rebuild… now it’s the next wave’s turn.”