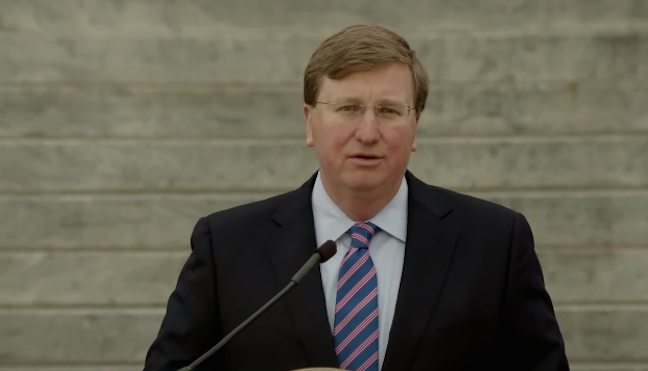 “We tell every young parent: We will be your partner in educating your child. Together, we will make sure that if they work hard, they will learn what they need to know,” Reeves said in the prepared text of the speech.

Reeves quoted from The Economist that Mississippi’s fourth graders rose from 49th place to the 29th on the National Assessment of Educational Progress and, in 2019, Mississippi was the only state to improve its reading scores.

In addition to investing in the children’s education, Reeves wants to see a significant pay raise for state teachers.

“It is my number one priority,” he said. “Credit goes to where credit is due and in COVID-19 and Mississippi teachers deserve the credit.”

Senator Nicole Boyd said she was pleased to see the Governor prioritizing getting educators their pay increase.

“The governor highlighted the significant educational achievements our students have made over the last several years,” said Boyd. “These achievements are due in large part to the outstanding work of our Mississippi educators.”

The Republican — now in his third year in the state’s highest office — mentioned those issues, and others, during his State of the State speech Tuesday.

Reeves called on the Republican-controlled Legislature to eliminate the state income tax, saying that would help Mississippi attract more jobs.

“By eliminating the income tax, we can put ourselves in a position to stand out,” Reeves said.

The House has already passed a bill that would phase out the income tax, reduce the tax on groceries and reduce the property taxes that people pay for car tags. That bill goes to the Senate, where leaders have not revealed their own plans for tax changes.

Reeves said he is supporting a pay raise for teachers. The House and Senate are working on plans.

“Teachers in Mississippi did not, and will not, back down amid this unprecedented educational battle between a virus and a child’s right to learn,” Reeves said, according to the text. “That is why we must give our teachers the pay raise they deserve.”

Mississippi is receiving $1.8 billion in pandemic relief money from the federal government. Reeves said he agrees with Republican Lt. Gov. Delbert Hosemann about spending the money on “transformative” projects.

“We must stay focused on those investments that will have an impact not for one or two years, but for one or two generations,” Reeves said in the prepared text. “I wholeheartedly support his plan to put the bulk of that money into local infrastructure projects that can put those concerns behind us for years.”

Representative Brady Williamson said he supports the governor’s platform, but expressed his concerns over an increase in spending.

“Really the only thing I disagreed with is counting our revenue as a state last year as any sort of reflection of the reality of our true economy,” Williamson said. “The influx of federal dollars, taxpayer dollars, debt, and essentially printed money into our economy last year cannot be a basis of making decisions which ultimately impact years to come.”

Mississippi governors usually give their State of the State speeches in the state House chamber, with legislators and other officials sitting shoulder-to-shoulder. Reeves has given each of his outside the Capitol.

In 2020, Reeves gave his State of the State on a platform that had been built on the Capitol’s south steps for his inauguration. Reeves was inaugurated inside the Capitol because of bad weather. Days later, the speech provided an occasion for the platform to be used.

In 2021, the speech was outdoors because of the coronavirus pandemic. The governor’s office did not immediately announce a reason for the open-air setting this year.