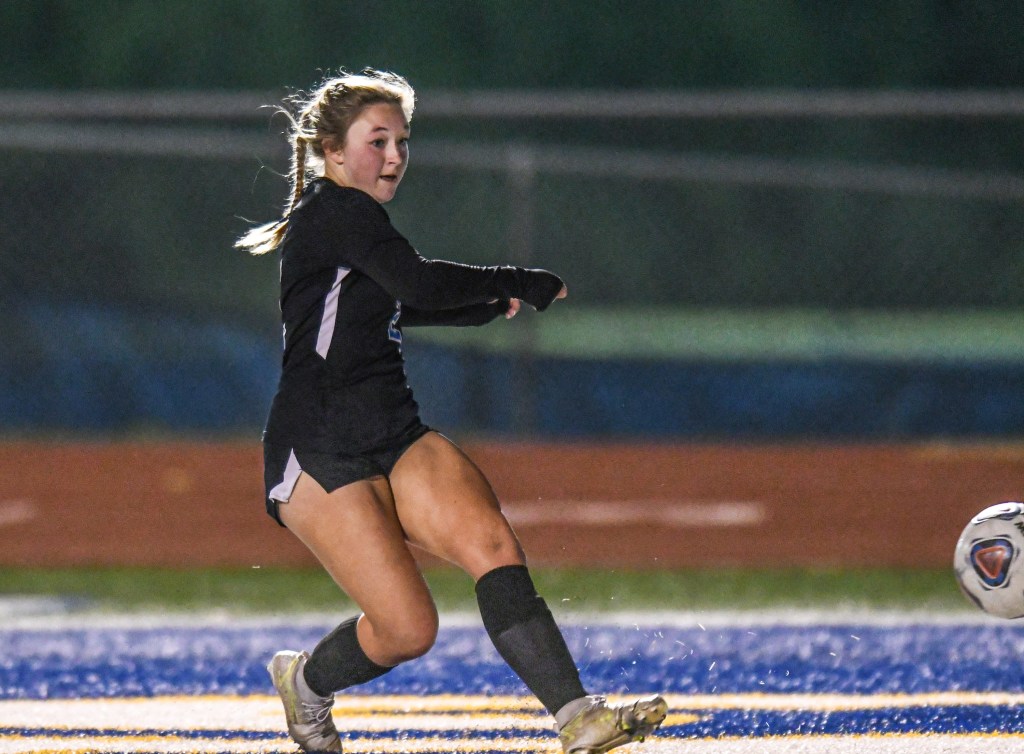 The Oxford girls soccer team took care of business at home on Tuesday in the first round of the MHSAA playoffs, defeating Southaven 6-0.

The Chargers dominated the possession battle, controlling the ball and making incisive passes that broke down the Southaven defense and led to easy chances on goal.

“We kind of expected Southaven to come out and play a little bit defensive to try to slow us down a little bit, and they did, but we controlled the possession for most of the game and really got to pick and choose what we were gonna do,” said head coach Hunter Crane.

Allison Greer got the scoring going  six minutes into the match, finishing off of an indirect kick from just outside the box to put Oxford up 1-0.

Parker Martin followed that up moments later, launching an absolute rocket from 20 yards out that left Southaven’s goalkeeper grasping for air.

Crane’s squad blew the game open in the second half, controlling the pace and launching ball after ball into the box.

The Chargers scored three goals in the first ten minutes of the half, the second of which was a phenomenal finish from Greer that gave her a hat trick. They scored their sixth goal of the night with just over 17 minutes remaining, when Anna Claire Perkins redirected a shot that snuck just under the keeper’s right arm.

Oxford was locked in on the defensive end as well, stifling the Southaven attack at every turn and preventing them from making any inroads. Southaven was only able to push the ball into the forward half twice in the first half, struggling to make even the simplest of passes against a stout Oxford defense.

“They have a really fast forward who is gonna go play at the next level so our focus was on her and trying to contain the speed up there,” Crane said. “We prepared for that so I was really happy to see us come out and kind of just shut that down from the very beginning.”

The Chargers got banged up a bit late in the second half, with Lexi Trimble and Ivy Dennis going down with minor injuries. Both players were quickly cleared to return to action, but Crane opted to let off the gas instead, emptying the bench and preserving his starters’ health for the next round.

“The starters were playing really well and we probably could’ve got the seventh, but then Lexi went down, Ivy got her neck twisted up a little bit,” said Crane. “At that point it was more of ‘let’s be healthy for the next one.’ We felt comfortable with where we were at and confident that our younger girls could step up and finish the rest of the game.”

Oxford will face a tall task in their next game after cruising to a 6-0 victory in the first round, as they try to knock off Madison Central in the quarterfinals on Saturday.