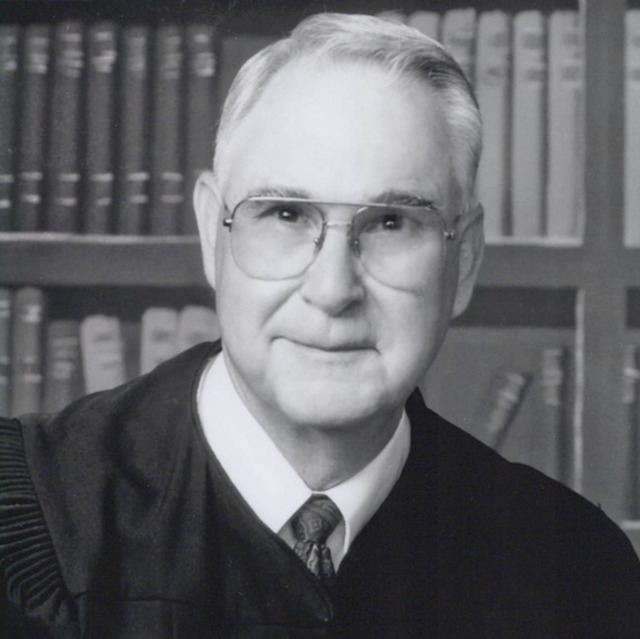 Retired Circuit Judge Robert Kenneth Coleman of New Albany died on Tuesday, Jan. 25, at Magnolia at the Commons in Oxford, Mississippi. He was 85.

A funeral service will be held on Friday, Jan. 28, at noon at First Baptist Church in New Albany. United Funeral Service in New Albany is in charge of arrangements.

Gov. Bill Allain appointed Judge Coleman  to the Third Circuit Court in 1986. Judge Coleman  retired Dec. 31, 2001.  He continued to hear cases as a senior status judge by appointment of the Supreme Court until 2016.

He served as District Attorney for the Third District for 10 years before he was appointed to the bench. The Third Circuit includes Benton, Calhoun, Chickasaw, Lafayette, Marshall, Tippah and Union counties. He was in private practice and served as Okolona city attorney and attorney for the Okolona Municipal Separate School District before becoming district attorney in 1976. He served as President of the Mississippi Prosecutors Association and on the Board of Directors of the National District Attorneys Association.

Robert Kenneth “Ken” Coleman was born Sept. 8, 1936, in Montpelier in Clay County, the son of Robert W. Coleman and Maurine Anderson Coleman.  The family operated a cotton gin in Okolona. He graduated from Okolona High School and attended Itawamba Junior College. He later was elected to the Itawamba Junior College Hall of Fame.

Retired Circuit Judge John Gregory of Okolona, who will deliver the funeral eulogy, said Judge Coleman was a lifelong friend and mentor.

“He influenced me to go to law school. He was a mentor to me and a friend, like my brother,” Gregory said. After working as a law clerk at the Supreme Court, Gregory served as an assistant district attorney while Coleman was District Attorney.

“He taught me how to try cases,” said Gregory. “We tried a lot of cases back then….He never asked me to do anything that he would not do himself. Doing the right thing – there was no other way to do it.”

Judge Gregory said that after he himself became a judge, he again looked to Judge Coleman for advice.

“I was blessed to have him to guide me, teach me,” he said.

Coleman told the Northeast Mississippi Daily Journal at the time of his 2001 retirement that his main goal was always to preserve the integrity of the trial system.

“I’d like to think that everyone came away from the experience feeling that they were treated fairly,”  he said. “That’s what makes the system work –  people having confidence in it.”

Retired Circuit Judge Andrew Howorth was appointed to the Third Circuit vacancy when Judge Coleman retired, and practiced law before him.

“He liked to take care of business,” said Howorth. “But he was affable on and off the bench. He was a story teller, bursting out in laughter in his oft-told humorous accounts.”

“He was beloved and respected. He never had an opponent. He ran unopposed. That’s how well liked he was,” Howorth continued. “And  he was all about family and his church. He was a man of very strong faith.”

An obituary is at this link: https://www.unitedfuneralservice.com/obituaries/Robert-Coleman-41/#!/Obituary.