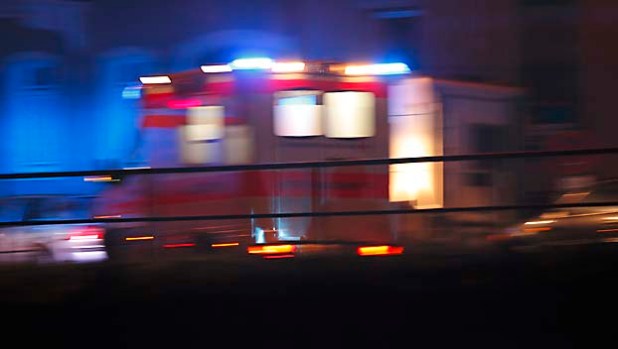 Baptist/Priority Ambulance has officially begun its new plan to address increasing calls for medical response in Oxford and Lafayette County, which have grown exponentially in the past couple years.

It was agreed that Baptist would provide three ambulances for 24 hours for the entire week and another three ambulances working 24 hours Monday through Friday in exchange for 100% priority over 911 calls. Operations will work within the city and the county.

“We’ve got six trucks up and running [Monday] and they’ve been running ambulance calls,” said Eric Messer, Vice President of Operations. “We’ve got trucks out there and, in the end, the community will be a safer place.”

In addition, an Advanced Life Support supervisor fly car will be able to respond to emergency calls as well and Baptist will provide a vehicle tracker that will allow 911 dispatchers to track all ambulance units in real time and programs to update the 911 system.

The company promised to hire at least 30 medical employees to man these vehicles and respond to calls and, according to Messer, over 40 employees have been hired as of Jan. 31 and they are looking to hire 20 more full and part-time employees.

“These guys are doing a good job,” said Messer. “The bottom line is filling the schedule, putting trucks on the road, making sure the community response times are good and that the hospital gets good customer service as well.”

“They’ve been very open to us doing some things a little different as far as putting some new systems in,” said Messer. “They’ve allowed us to do that and so I think it’s a great partnership.”

The service will run reports every two weeks, investigate what area produces  the most number of calls and decide where in the county to station an ambulance facility.

The county has appointed Dr. Tom Fowlkes who currently works as Medical Director at the Lafayette County Detention Center in the beginning of January. Fowlkes is a physician board certified in both Emergency Medicine and Addiction Medicine and with more than 23 years of practice in Correctional Medicine.

To monitor operations further and keep an air of transparency, Baptist Ambulance, Lafayette County and the city of Oxford will create a committee that will keep up to date on the service’s performance and response times. The first committee meeting is projected to be held at the end of February.

The meetings are not open to the public, but medical response information and data will be available to the community.

“We know at Baptist that we have a lot of proving to do,” said Messer. “It’s us proving our worth and making sure we continue to staff ambulances and that the community doesn’t have to wait on ambulances.”