Daeshun Ruffin to miss remainder of season with knee injury 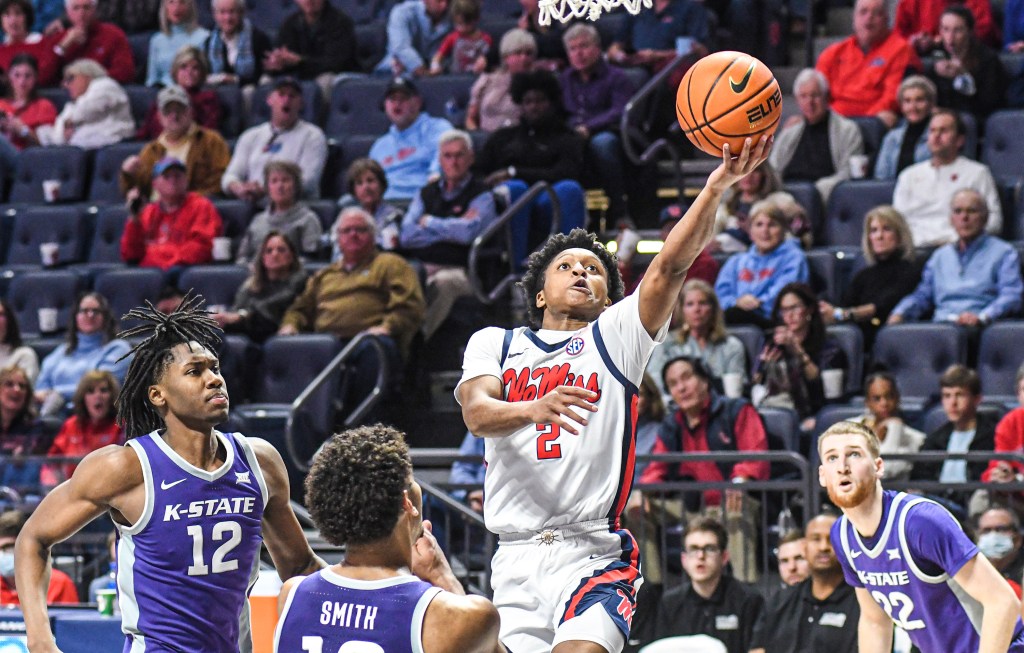 Ole Miss freshman point guard Daeshun Ruffin will miss the remainder of the season after suffering a knee injury on Tuesday against LSU that will require surgery.

Ruffin went down late in the Rebels’ 76-72 victory over LSU after leading Ole Miss with 19 points, three assists and two steals in just 20 minutes of action.

The first McDonald’s All-American in program history, Ruffin was recently named SEC Freshman of the Week, becoming the first male Rebel to win the award since Jarvis Summers in 2011.

“Daeshun was just hitting his stride and establishing himself as one of the best point guards in the SEC,” said head coach Kermit Davis. “I know he will attack rehab with a great maturity and will return stronger than ever next season.”

Ruffin missed time in the preseason due to a knee injury, and was also out eight games earlier in the season with a broken shooting hand. When healthy, he is one of the premiere guards in the SEC, averaging 12.6 points, 3.4 assists and 2.3 steals per game.

He is the second Rebel to suffer a season-ending knee injury this year after Robert Allen went down with a similar injury against Memphis on Dec. 4. Ole Miss is also without the services of leading scorer Jarkel Joiner, who underwent a procedure on Jan. 13 to address a back injury that will keep him sidelined until the end of February.

The Rebels will rely heavily on sophomore guard Matthew Murrell in the absence of Joiner and Ruffin. The Memphis native is the only double-digit scorer remaining on the roster, averaging 10.4 points on 41.7% shooting.