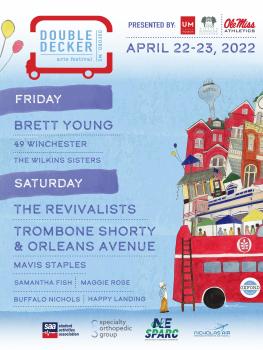 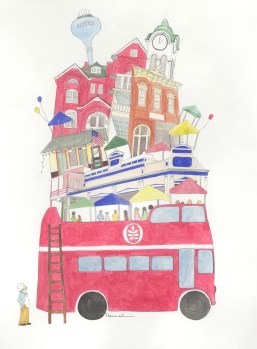 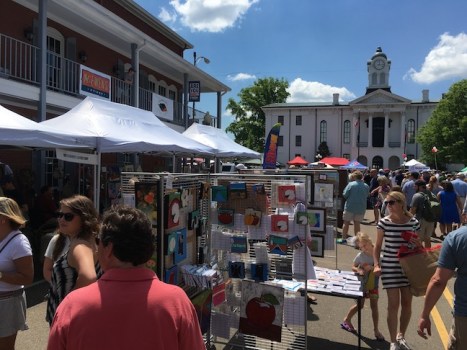 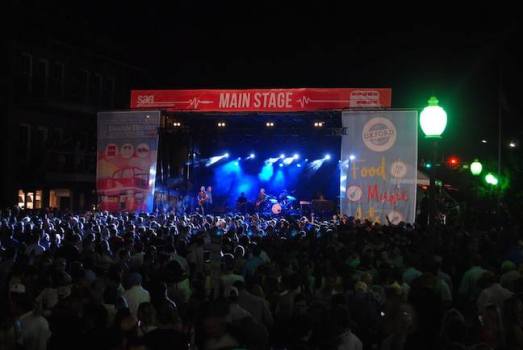 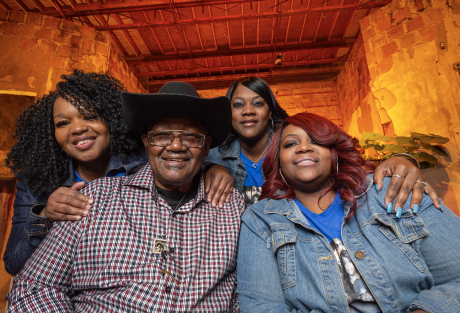 The Wilkins Sisters are Tangela Longstreet, Joyce Jones, and Tawana Cunningham from Memphis, TN. They are the daughters and back-up singers for their father, the late great Rev. John Wilkins. The Wilkins Sisters were brought up singing in the church inspired by their mother (Betty Maxwell Wilkins) and father (Rev. John Wilkins) and mix gospel, blues and R&B to make a music that is moving, soulful, and uplifting. 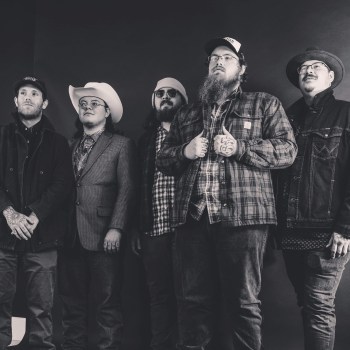 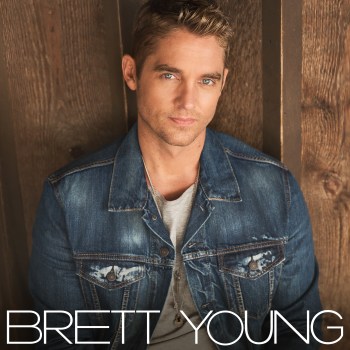 Brett Young has captured the hearts of fans everywhere through his honest lyrics and West Coast-meets-Southern sound, aptly dubbed “Caliville” style. With an undeniable string of hits and two albums defined by a transcendent romantic spark, he has cemented his status as Country’s master over matters of the heart. 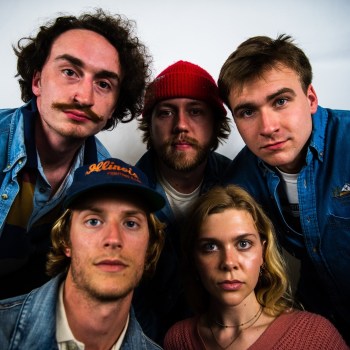 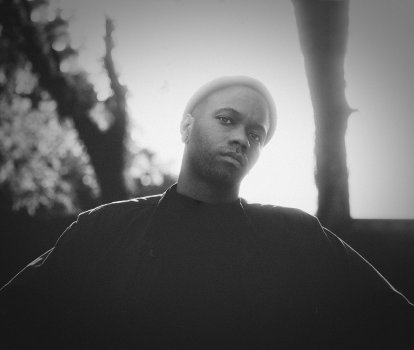 Born in Houston and raised in Milwaukee’s predominantly Black North end, the guitar was Buffalo Nichols’ saving grace as a young man. The instrument captured his fascination, and provided him with an outlet for self-expression and discovery in isolation. 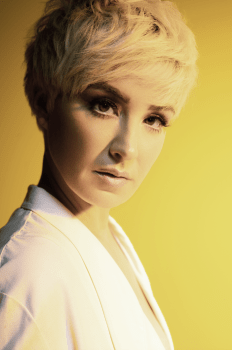 After years of honing her chops and making her name as a force-of-nature vocalist, the Nashville-based singer/songwriter Maggie Rose has dreamed up her own unbridled collision of rock-and-roll, soul, folk, funk, and R&B: a fittingly eclectic sound for a musician whose live experience includes opening for Heart and Joan Jett & the Blackhearts, touring as direct support for Kelly Clarkson, and sharing the Cayamo Cruise bill with Emmylou Harris and Jason Isbell — all​ in 2019 alone. Centered on the stunning vocal command she’s revealed in taking the stage at ​ The​ Grand Ole Opry over 80 times, Have a Seat finds Rose approaching her music with more confidence and clarity of vision than ever, ultimately sharing a selection of songs both timeless and urgent. 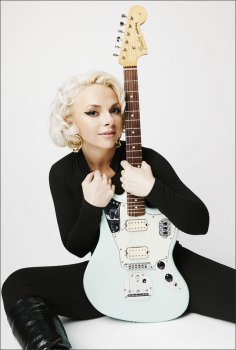 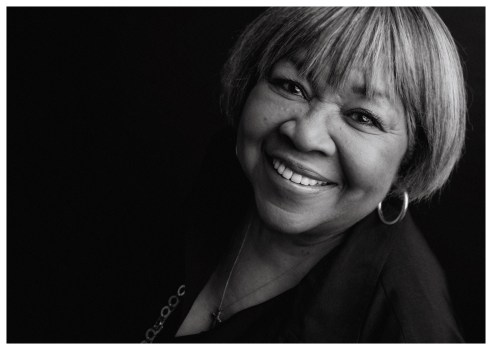 Hailed by NPR as “one of America’s defining voices of freedom and peace,” Mavis Staples is the kind of once-in-a-generation artist whose impact on music and culture would be difficult to overstate. She’s both a Blues and a Rock and Roll Hall of Famer; a civil rights icon; a GRAMMY Award-winner; a chart-topping soul/gospel/R&B pioneer; a National Arts Awards Lifetime Achievement recipient; and a Kennedy Center honoree. 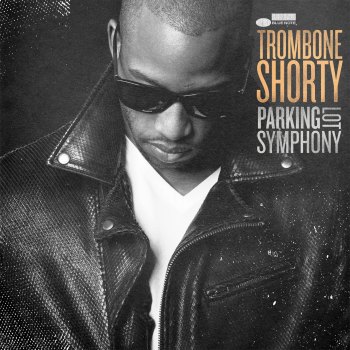 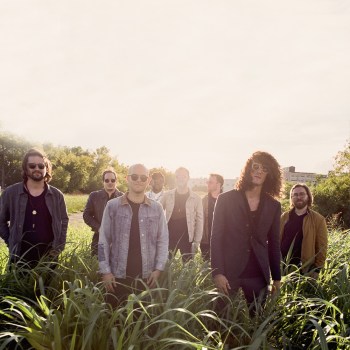 The Revivalists: Renowned for their live firepower, soulful alt-rock anthems, and their distinct mix of many of the classic styles of American music, the 8-piece ensemble of pedal steel guitar, unique two-drummer set-up, horns, and more is led by the incredible voice of front man David Shaw. (Photo: Zackery Michael)

Oxford, Mississippi is celebrating the 25th anniversary of its award-winning Double Decker Arts Festival presented by Intercollegiate Athletics and University Museums and Historic Homes on April 22 and 23 after a two-year hiatus. The event poster, events and music line-up for Oxford’s biggest festival was officially at the Oxford Conference Center.

The red double-decker bus, imported from England in 1994, serves as the inspiration and centerpiece of the two-day celebration of arts, music and food that takes place in the historic Courthouse Square. Now the recipient of more than 25 awards, including Best Festival by Mississippi Magazine and a Top 20 event by the Southeast Tourism Society, Double Decker brings in over 65,000 attendees for a weekend celebrating food, music and the arts.

Beginning with the 2015 event, each year a local artist is selected from multiple submissions to be featured as the festival’s “official art,” which is printed on the festival t-shirts and posters. 2022’s featured artist is Hannah McCormick.

McCormick attended school at the University of Mississippi and has been a local resident for over 10 years, while she has been working as a commissioned portrait artist for over 15 years. Her work also includes creating live event paintings at weddings and her artwork is featured in many galleries around Oxford and Jackson, MS.

She has taught private art lessons for all ages since living in Oxford and has participated in the Double Decker Festival in previous years by sharing a booth with other local artists. McCormick’s artwork was previously selected for the 2020 festival, but because that festival was cancelled and the artwork was not showcased, festival organizers decided to carry over the artwork to the 2022 festival.

A Southern showcase – from mouthwatering bites to inspiring art

Like any respected Southern tradition, the festival has grown while preserving its original integrity and charm. Tried and true tasty temptations, from snow cones to roast beef sandwiches to pizza by the slice, all from local vendors – many offering a specialty item that can only be found during the event.

An artist showcase is juried by a panel of local artists, bringing more than 140 arts vendors to the event, spanning a variety of media including drawings, glass, jewelry, mixed media, painting, photography, print- making and sculpture.

Lace up your shoes and run for a good cause

The Double Decker Spring Run presented exclusively by Oxford Ortho & Sports Medicine will begin Saturday, April 23 morning at 7:30 AM with the 5K and 10K run. Both races begin at the same time. The Kids Fun Run is also scheduled for that Saturday morning.

Join the race as you run through the tradition-rich rolling hills of one of Mississippi’s most popular towns with two new race courses through Rowan Oak and The Grove. In 2019, the race topped 1,700 runners and more are expected to show up for the race’s return later this spring.

There will be a chip timed start for both races. There will be finisher medals for the first 1,600 finishers.

Stick around after the race for a day full of arts, crafts, and music at the annual Double Decker festival. You don’t want to miss this weekend of fun for the whole family.

Tune in for toe-tapping fun on the Ole Miss Student Activities Association stage on April 22nd and April 23rd.

The weekend kicks off with music on the Ole Miss Student Activities Association stage on Friday, April 22 at 6:15pm with The Wilkins Sisters.

Born in Memphis, the three sisters were raised singing in the church and now mix gospel, blues and R&B to make music that is moving, soulful and uplifting. At 7:45pm, alt-country soul band 49 Winchester take the stage. Hailing from Virginia, 49 Winchester delivers the poetically straightforward songs of singer/guitarist Isaac Gibson in a soulful electric live show.

To start off the main event Saturday morning, Oxford’s own Happy Landing, an alternative folk band, will perform at 11am. Blues artist Buffalo Nichols will perform at 12:30pm. Singer- songwriter Maggie Rose will take the stage at 2pm. In 2018, Rose released her highly anticipated album, Change the Whole Thing which was named by Rolling Stone as one of the “Best Albums of 2018.” At 3:30pm, singer-songwriter and guitarist, Samantha Fish takes the stage. While oftentimes categorized as a blues artist, Fish blends blues, rock, country, funk, bluegrass and ballads into her live shows.

Going into the night portion of the acts, legendary R&B and gospel singer Mavis Staples takes the stage at 5pm. Staples is both a Blues and a Rock and Rock Hall of Famer; a Grammy award-winner, a National Arts Awards Lifetime Achievement recipient, a Kennedy Center honoree, as well as a chart-topping soul/gospel/R&B pioneer.

Her 2019 album, We Get By was her twelfth studio album and first full-length collaboration with multi-Grammy award-winner, Ben Harper. At 6:30pm, New Orleans jazz and funk sensation, Trombone Shorty & Orleans Avenue take the stage which include brass band blare and deep-grove funk, to bluesy beauty and hip hop/pop swagger.

The final performance of the evening is The Revivalists who take the stage at 8:30pm. The chart- topping rock band have been nominated for a Billboard award, two iHeartRadio Music awards and were named Billboard’s Top New Rock Artists of 2017.

Renowned for their powerful live performances, soulful alt-rock anthems and their distinct mix of many of the classic styles of American music, the 8-piece ensemble of pedal steel guitar, unique two-drummer set-up, horns and more is led by the incredible voice of front man, David Shaw.

Catch all the bands as they perform throughout the weekend:

The festival’s 2022 Presenting Sponsor is The University of Mississippi Museum gifted to them by Ole Miss Athletics. The Ole Miss Student Activities Association is sponsoring the stage, and Faulkner Sponsors include Specialty Orthopedic Group, NE Sparc and Nicholas Air.