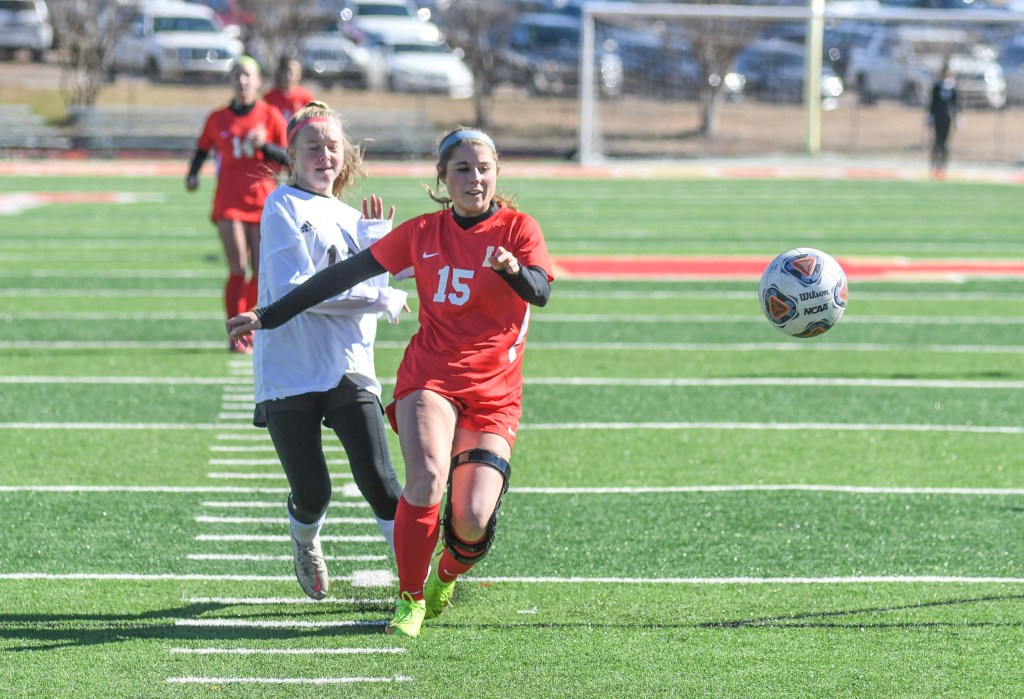 The Lafayette girls soccer team is set to take on South-Half champion Florence on Saturday in the MHSAA Class 5A state championship game.

The Commodores have won three consecutive state titles, the longest active streak of any classification in Mississippi.

Head coach Melinda Scruggs’s team is led by a star-studded back line featuring sophomore Lillie Grace McCutchen and juniors Grace Foster, Aiyanah Jones and Caroline Wilson. They are anchored by goalkeeper Madison Buford, who has been in peak form during the playoffs.

The Lady ‘Dores have allowed just four goals over their past eight games, shutting down opposing attacks to the tune of 0.95 goals allowed per game this season. They have outscored their opponents by a combined score of 16-1 in their three playoff games.

In the forward half of the pitch, Lafayette is led by senior attacking midfielder Hudson Lindsay and the dynamic Perkins sisters.

Lindsay is a tall, rangy midfielder who excels at breaking down opposing defenses with her passing and dribbling skills. She missed almost half the season with a broken fibula, and has provided a significant spark since returning to the lineup in January.

Junior forward Julia Perkins is the central hub for the Commodores’ offense, threading passes through the defense while providing a physical presence in the middle. She has one of the biggest legs in all of 5A, launching rockets from as far as thirty yards out that leave opposing goalkeepers grasping at air.

Freshman Caroline Perkins is a speedy winger who enjoys getting in behind the defense and creating one-on-one opportunities with the keeper. Her synergy with her sister is impeccable, as the two break down opposing defenses with well-timed runs and pinpoint passing.

Scruggs is quick to point out that the team is not made up of individual stars however, but work as a coherent unit that demoralizes opponents with their relentless defense and possession-based attack.

“I think, ultimately, there’s certain girls that score goals but I always want to say it’s the entire team that does the effort to make it happen,” she said. “Just collectively, across the board, I’m really proud of these girls.”

The Commodores will have their hands full this weekend with a Florence team that lost only one game all season.

The defending Class 4A champions, Florence put together a remarkable season in their first year in 5A. The Eagles gave up just 11 goals in 22 games, beating opponents by an average of four scores per contest. Their 21-1 record is the best in any classification this season.

They have won 17 consecutive games and given up just three goals since their 6-2 loss to Northwest Rankin on Nov. 16, outscoring opponents 84-3 during their win streak.

The Eagles cruised through the South Half playoffs, beating Gautier and West Harrison by six goals each before knocking off George County 3-0 in the state semifinals.

The Commodores have been the most dominant team in Mississippi soccer over the past four years, but will face their toughest test to date against an Eagles’ squad hungry to prove themselves in Class 5A.

Lafayette will kick off against Florence at 4 p.m. at Brandon High School in Brandon, Miss. following the conclusion of the boys Class 4A championship.