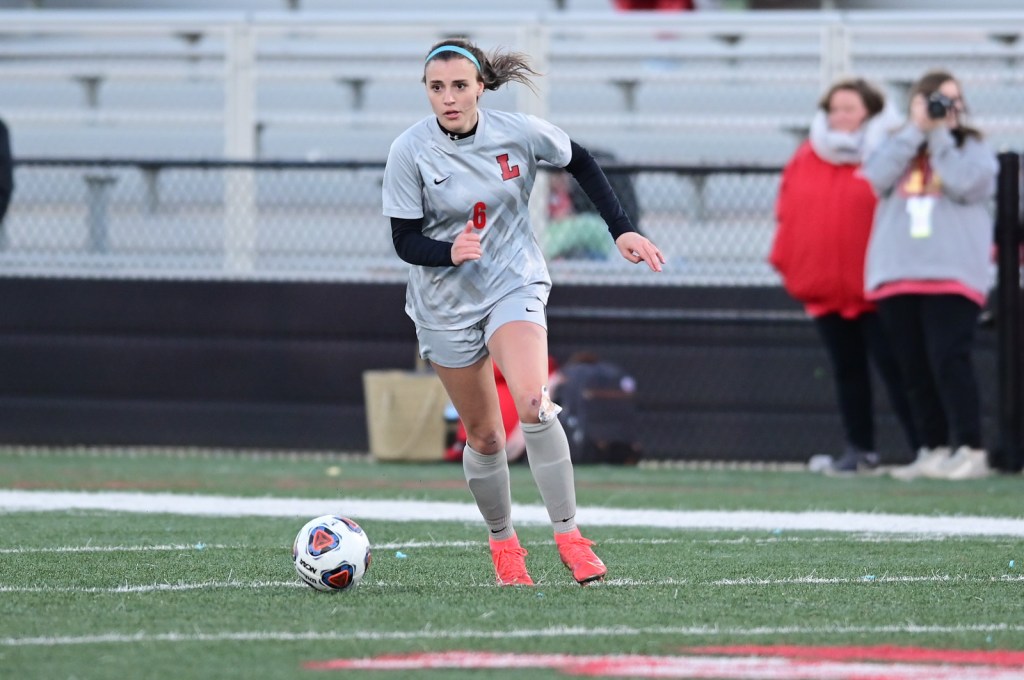 Lafayette's Hudson Lindsay pushes the ball upfield against Florence in the MHSAA Class 5A State Championship on Feb. 5. (Jared Thomas/MHSAA)

The senior standout scored 15 goals this season for the Lady ‘Dores, who finished as the 5A State Champion runner-up after losing to Florence in the title game on Feb. 5. Lindsay missed a significant portion of the season after breaking her fibula against New Albany on Nov. 30 before helping Lafayette to their fourth consecutive state championship game.

The junior forward scored 27 goals for the Lady ‘Dores, second on the team behind younger sister Caroline Perkins. The elder Perkins served as the central hub for Lafayette’s deadly offensive attack, threading through balls to teammates and launching long shots from outside the box that left opposing goalkeepers grasping at air.

Two Oxford players were also named to Second Team All-State. Defender Alexis Trimble and goalkeeper Kaitlyn Urbanek were both honored on the list. The two stars led a dominant Oxford back line that posted 10 clean sheets on the season, shutting down opposing attacks at every turn.

The Lady Chargers recorded six shutouts in their first eight games, and gave up just four goals in six region games this season. They did not allow a goal in either of their two postseason matchups, posting a clean sheet against Southaven in the first round before losing a 110-minute scoreless battle with Madison Central that ended with the Jaguars winning in penalty kicks.