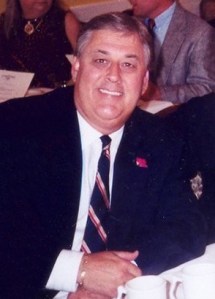 William (Bill) Sanford Boone Sr., age 79, went peacefully to be with the Lord on February 4, at his home in Oxford, Mississippi with his wife and children by his side. Bill was born in Detroit, Michigan to William Oresta and Rosa Nell Boone.
Bill grew up in Blytheville, Arkansas and graduated from Blytheville High School in 1960. He attended Florida College in Tampa, Florida. He graduated from Murray State in Murray, Kentucky where he was a member of Sigma Chi and received a Bachelor’s degree in Music with an emphasis in Choral. While attending Murray State he traveled to Europe and performed with the St. Olaf Choir of Northfield, Minnesota.
In 1967 he became choral director at Glasgow High School in Glasgow, Kentucky. In 1972 he moved to Gallatin, Tennessee to become the choral director of Gallatin High School.
In 1980 Bill and his family moved to Blytheville, Arkansas to become proud owners of Boone Cleaners. He loved his years spent in Blytheville and made lifelong friends and customers that he cherished.
In 1991 Bill moved to Oxford, Mississippi where he started Boone Carpet and Upholstery Cleaners. After moving to Oxford he was a part of the USTA players in Oxford, spent many summer nights with his grandkids at Avent Park and was an avid Ole Miss Rebels fan. One of his many passions was teaching and studying the game of tennis. He loved all of his students and friends that he taught and made along the way. When Bill wasn’t working he was playing golf, quail hunting, riding horses, singing, playing the piano and making those around him laugh. He was a member of the Calvary Hill Church of Christ in Oxford, Mississippi.
Bill was the epitome of a family man. His wife Ellen Lee, children Ashley Rose Ellen and William (Billy) Jr. were the apple of his eye. He was a one of a kind Big Daddy and adored his grandchildren Remington Lee, Lunden Rose, Wells Richmond, William Hunter Dean and Jacob Montgomery. And his newest addition that he was over the moon with, his great grandson Suede William.
Bill was preceded in death by his parents William Oresta and Rosa Nell Boone; sister Dorothy Boone Halsell, brother David Morris Boone, niece Maria Conley Sharp and great-nephew David Brock Sharp.
The family will receive visitors at the home of his daughter Ashley, at 601 South Ridgeway in Blytheville, Arkansas on Saturday, February 12 at 4pm. The memorial service will be private.