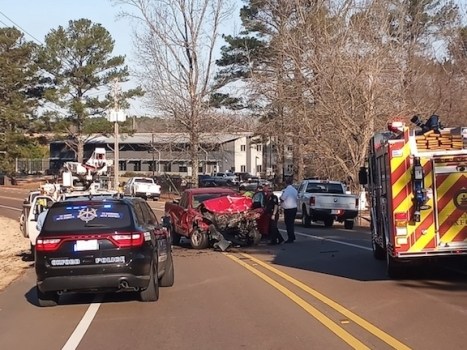 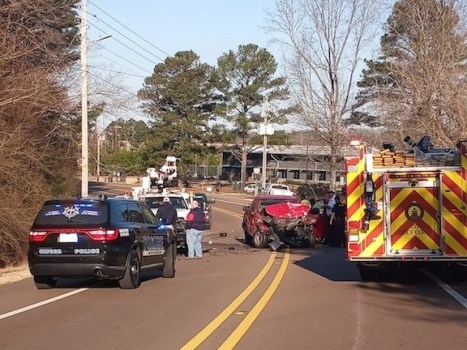 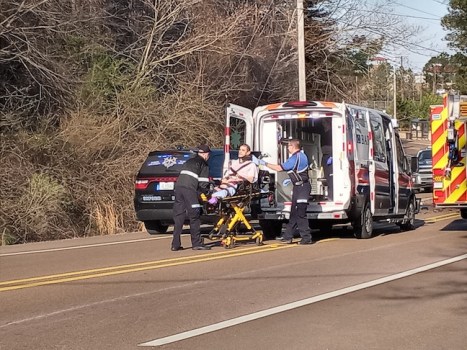 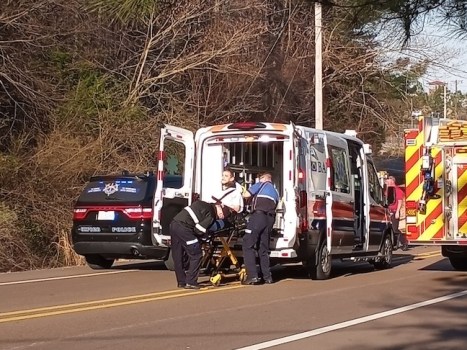 Oxford Fire Chief Joey Gardner said the red pickup driver complained of neck and back pain and was taken to Baptist Memorial Hospital North Mississippi by Baptist Ambulance when they arrived on the scene at 8:35 AM. The drivers of the city and NEMEPA vehicle were reported to be uninjured.

According to an eyewitnesses report, the driver of the red pickup, a male, was headed toward College Hill when it hit the back end of the City employee’s white truck that was heading towards Molly Barr Road near the United States Postal Service office. The eyewitness said it appeared that the driver was not wearing a seatbelt but his airbag did deploy.

The eyewitness report has not been officially confirmed by officials.