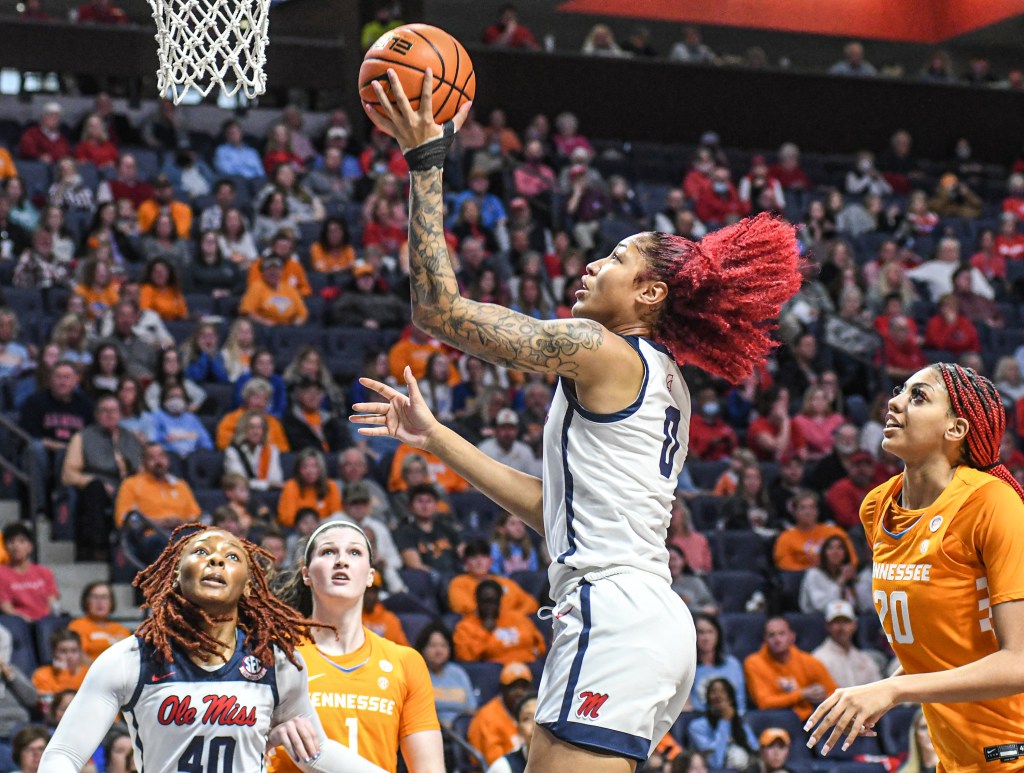 Ole Miss senior Shakira Austin was named as one of the final 10 candidates for the 2022 Lisa Leslie Award on Friday after establishing herself as one of the premiere players in college basketball this season.

The Lisa Leslie Award, named for 1994 National Player of the Year and three-time All-American, is presented annually to the top center in women’s college basketball. It is presented by the Naismith Memorial Basketball Hall of Fame and the Women’s Basketball Coaches Association.

Austin, who made the Top 10 for the award last year as well, leads the Rebels in scoring and rebounding this season, recording 14.3 points and hauling in 8.6 rebounds per game. She is also a candidate for multiple national player of the year awards, including the Naismith Award and the John R. Wooden Award.

Austin has recorded six double-doubles this season, including a dominant 21-point, 10-rebound performance against Mississippi State on Jan. 16 that helped lead Ole Miss to their first win over the Bulldogs since 2014.

The six-foot-five center has amassed over 1,500 points and 985 rebounds in her collegiate career. She was a WBCA Honorable Mention All-American last season, and became the first Rebel to win the Gillom Trophy, presented to the best women’s college basketball player in the state of Mississippi. She also became the first Ole Miss player to earn First-Team All-SEC honors since Tia Faleru in 2015.