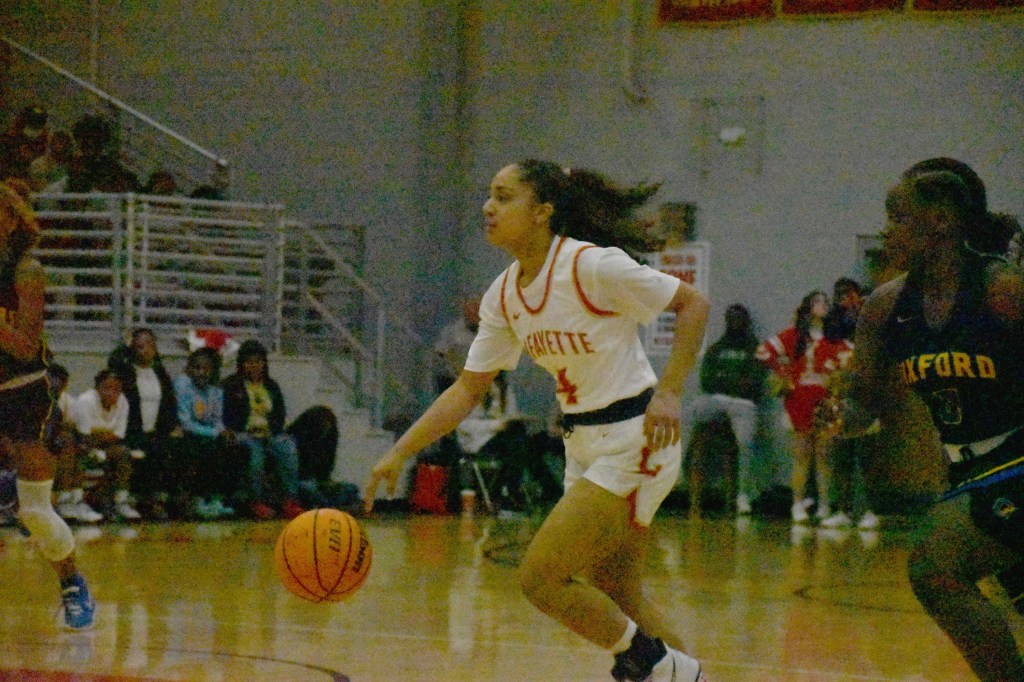 Lafayette's Karizma Norphlet (4) brings the ball up against Oxford in on Jan. 18, 2022. The Lady 'Dores defeated Cleveland Central 55-40 on Friday to secure the Class 5A Region 2 championship(Jared Redding)

The Commodores were led by star guard Mariah Reed-Jones, who scored a game-high 21 points. Sh-Brya Pettis also scored in double figures for Lafayette, recording 14 points in the win.

Reed-Jones was named Region 2-5A MVP following the conclusion of the tournament, while Karizma Norphlet, Deundria Shaw and Harmony Jackson made the All-Region team. Pettis was voted Honorable Mention All-Region.

Head coach Shane Linzy’s squad will get a bye in the first round of the state playoffs before facing the winner of Forest Hill and Canton at home on Feb. 18.