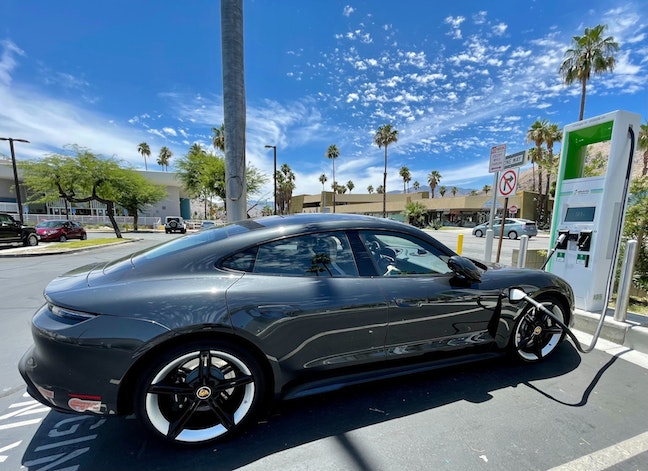 The City of Oxford is poised to sign an agreement with the Tennessee Valley Authority to bring electric vehicle charging stations and a solar array to the city.

The council is expected to approve the TVA Electric Vehicle Fast Charger Program Agreement at its Tuesday meeting.

In 2021, Oxford Utilities submitted grant requests to TVA and the Mississippi Department of Environmental Quality to install an electric vehicle fast charging station in the city’s service territory. This program was designed to create a network of charging stations every 50 miles along major corridors of the Tennessee Valley region.

While there are few electric car users within the city, Oxford Utilities manager Rob Neely said Oxford can cater to the tourists or drivers who pass through town.

“I don’t envision the main user of the Oxford Utility fast charger to be local residents but electric vehicle owners who are traveling in the region and need to “re-fuel,” much like a service station on the highway,” said Neely. “In that same way, the energy consumed will be charged to the EV owner at the time of charging. The most efficient way for local EV owners to charge their vehicles will be at their homes.”

The station is planned to be located in or near the downtown Oxford parking garage due to the fact that it’s well-lit, secure, offers restrooms and shopping options nearby. It could take anywhere from 20 minutes to an hour to fully charge an electric vehicle with a fast charger.

The Board of Aldermen will also allow Oxford Utilities to request proposals for a large solar array from solar developers in an effort to make Oxford a “forward-thinking community.” The service organization aims to use its allotted 5% of wholesale flexibility granted by the TVA to purchase energy from a different source.

“Oxford Utilities will purchase the energy generated by the solar array, which will offset an equivalent wholesale purchase from TVA,” Neely said. “This will generate savings for Oxford Utilities on our wholesale energy bill, and allow the utility to purchase 3.335 megawatts of clean, renewable energy.”

Once the proposals are submitted to developers and reviewed, Oxford Utilities will return before the board for its approval to move forward with the project.